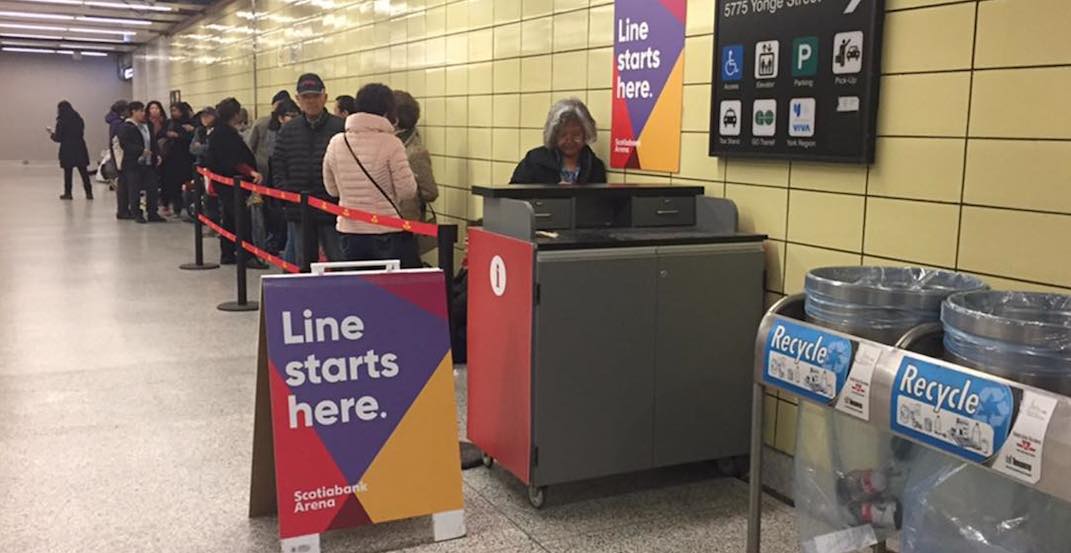 To celebrate the inaugural season at the recently renamed Air Canada Centre, Scotiabank announced it would be giving away 10,000 free, pre-loaded PRESTO cards ahead of the Toronto Raptor’s home opener.

At 4 pm on Wednesday afternoon, the cards are being handed out at select TTC and GO stations, and considering the cards only have $6 (and $8 for GO) pre-loaded on them, you would assume the lineups would have been fairly tame.

Well, it’s safe to say Toronto collectively lost its mind (yet again) over the giveaway, as lineups at some participating stations are already so long people are currently lined up outside of the station on the sidewalk, despite how cold it is today.

If you were considering picking up a card for yourself, check out in the insane lineups below.

Line up for @ScotiabankArena free presto card at Don Mills stn on the street, huge line up, too cold and I forgot to wear @Uniqlo_Canada 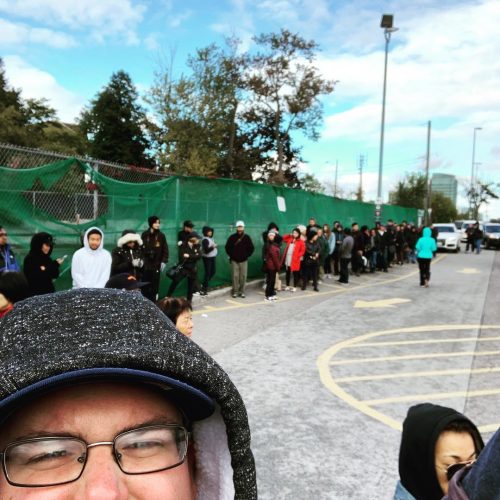 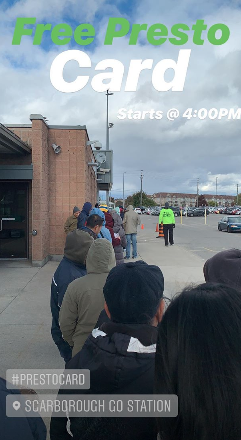