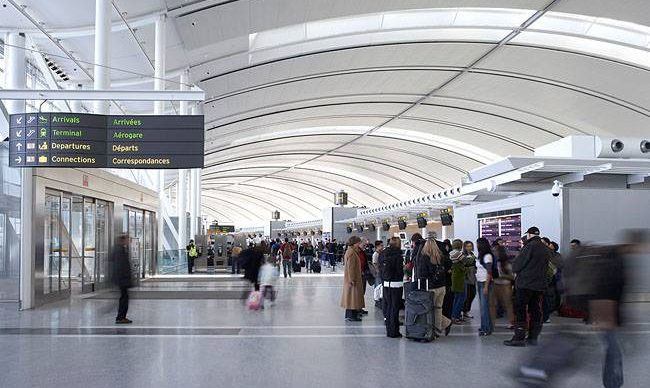 There was a massive delay at Toronto’s Pearson International Airport as US Customs and Border Protection investigated a security issue on a departing flight.

.@customsborder (US Customs) conducting investigation in regards to @United flight 547. No impact to airport operations. More to come.

The investigation on United Airlines Flight 547 to Chicago O’Hare Airport lead authotities to find a mock Improvised Explosive Device (IED) “during an inspection of a traveler’s suitcase at the Toronto Preclearance Facility.”

In a statement, US Customs said they notified Canadian Air Transport Security immediately, who swabbed the mock IED for explosives with a negative result. A joint inspection of the aircraft, along with rescreening of passengers and baggage took place before all resumed to normal.

On the ground, the investigation involved Peel Regional Police and Pearson, and there was no impact to other airport operations.

.@CustomsBorder @TorontoPearson .Re: breach investigation at Pearson Airport, the flight has been cleared there is no threat, investigation is ongoing by Peel Police.