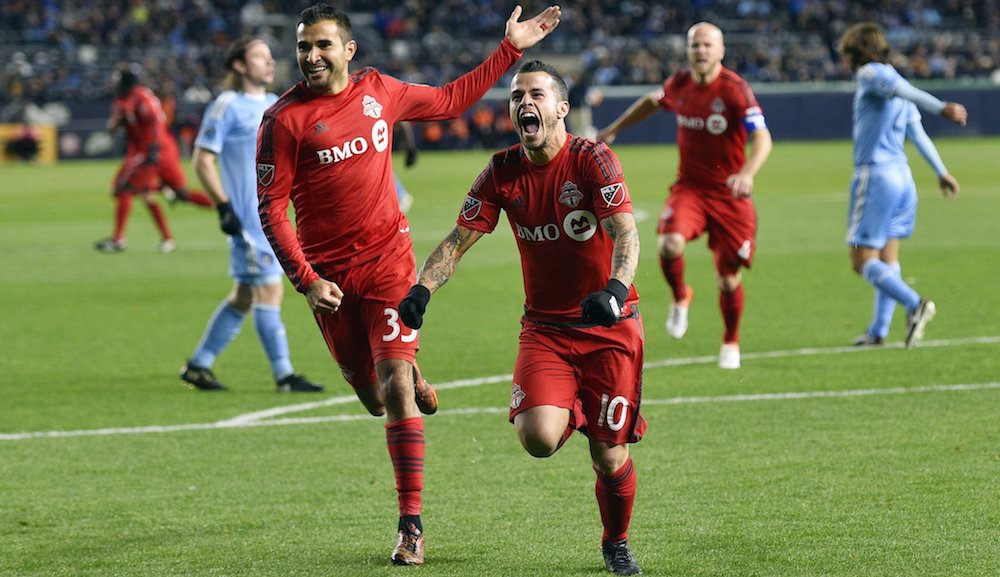 This is a big deal for TFC, given it’s their first trip to the conference final. But what’s a successful run by a professional sports team without politicians trying to capitalize on it you say?

Well, have no fear, as City Hall is jumping on the bandwagon!

A giant jersey, known in soccer circles as a ‘tifo’, will be displayed at Toronto City Hall on Wednesday where Mayor John Tory and a number of city councillors will pose for photographs.

At approximately 9 am, the jersey will be unfurled from the fourth story balcony above the Nathan Phillips Square entrance to City Hall. There will also be an opportunity inside of City Hall for city councillors and members of the public to sign the jersey, something that has been done at every home game at BMO Field this season.

TFC will begin their two-game series on Tuesday, November 22nd at Saputo Stadium in Montreal. The second leg will be played at BMO Field on Wednesday, November 30th.