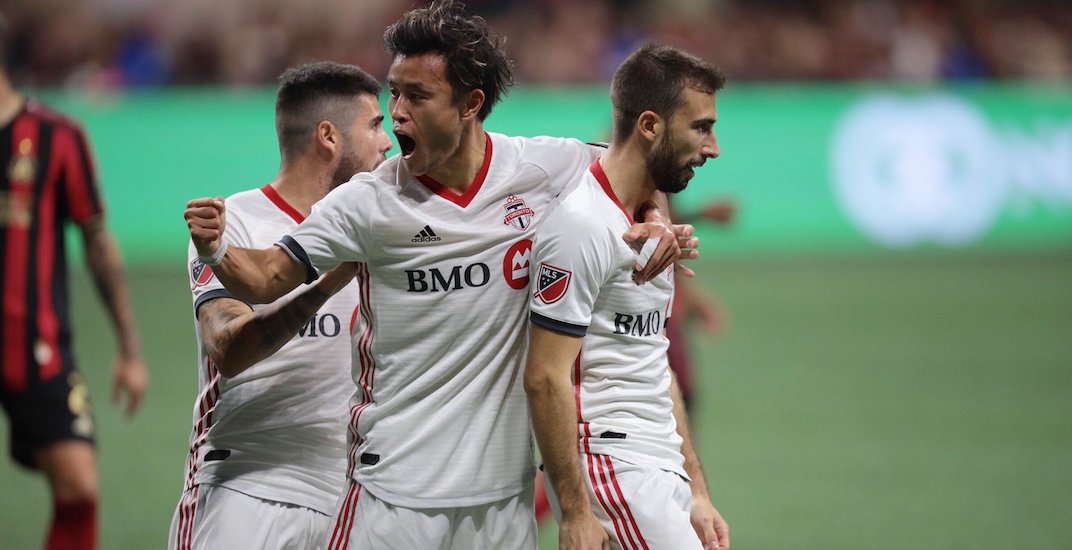 For the third time in four years, Toronto FC will play for the MLS Cup.

Despite being outshot 19-4 and holding just 40.8% of possession, TFC pulled off the upset on the road against the defending champions, Atlanta United, winning the Eastern Conference Final 2-1.

Nick DeLeon was the hero for the Reds, scoring the game-winning goal in the 78th minute.

The match didn’t have a promising start for Toronto, who gave up the opening goal to Atlanta’s Julian Gressel in the fourth minute. They would have been down 2-0 in the 11th minute were it not for the heroics of Toronto goalkeeper Quentin Westberg, who stopped a penalty kick.

TFC levelled the match soon after that on a goal from Nicolas Benezet in the 14th minute.

TFC will travel to Seattle for the MLS Cup, which takes place on November 10 at CenturyLink Field. The game against the Sounders is a rematch of the 2016 and 2017 MLS Cups, both played at BMO Field. Seattle won in 2016, while Toronto took home the title in 2017.