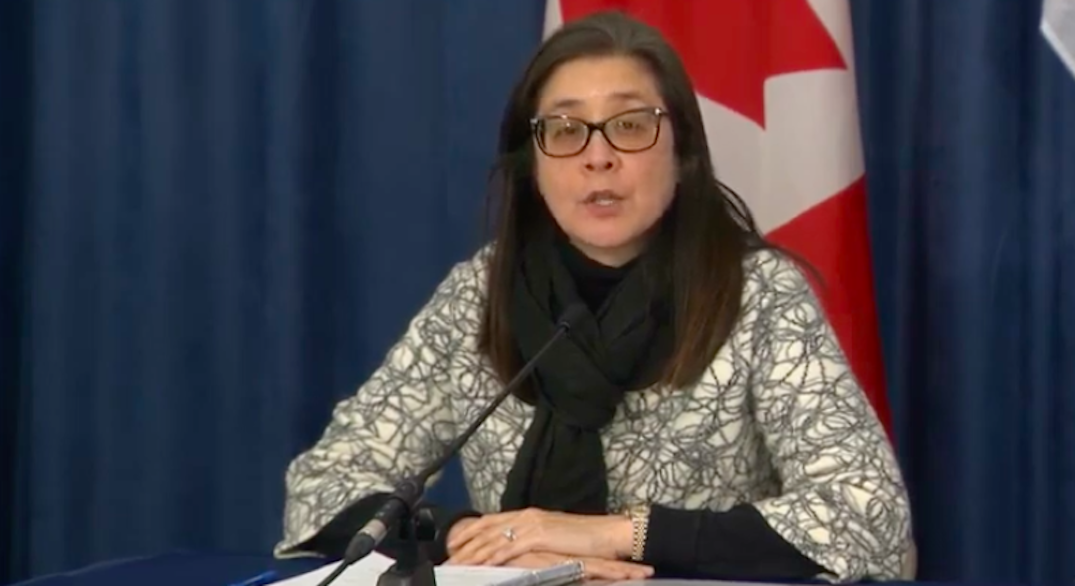 Toronto’s top doctor is recommending that lockdown orders be extended for another two weeks at least, in order to assess the COVID-19 variants of concern.

De Villa said there are 56 confirmed cases of the variants of concern in Toronto with 54 being the UK variant and two being the Brazilian variant.

“I have never been as worried about the future as I am today,” de Villa said. “A week ago there were 33 cases, today we have 56. In fact, there are more than five times that number being confirmed in the labs right now.”

She added that there are over 380 variants of concern cases being screened.

“It means we face a deceptively dangerous situation. Right now, the case count numbers don’t look so bad, but today’s variant count is the tip of an iceberg.”

The city’s top doctor compared the situation to Germany, which recently reported that the UK variant accounted for 6% of cases two weeks ago, and now accounts for 22%, with the proportion of cases doubling every week.

She also said that it’s better to delay the reopening of the economy than to have another lockdown.

Mayor John Tory echoed de Villa’s statements and said “the worst mistake we could make is opening too quickly,” saying to open businesses up “even slightly” to just close again shortly after is not the ideal situation.

“We need to make sure this lockdown is the last lockdown, which we can do if we don’t open up too quickly.”

Earlier on Wednesday, Peel’s top doctor also asked for the region to remain under the orders for another two weeks.

Toronto, Peel, and York regions are set to have the Stay at Home orders lifted on February 22.