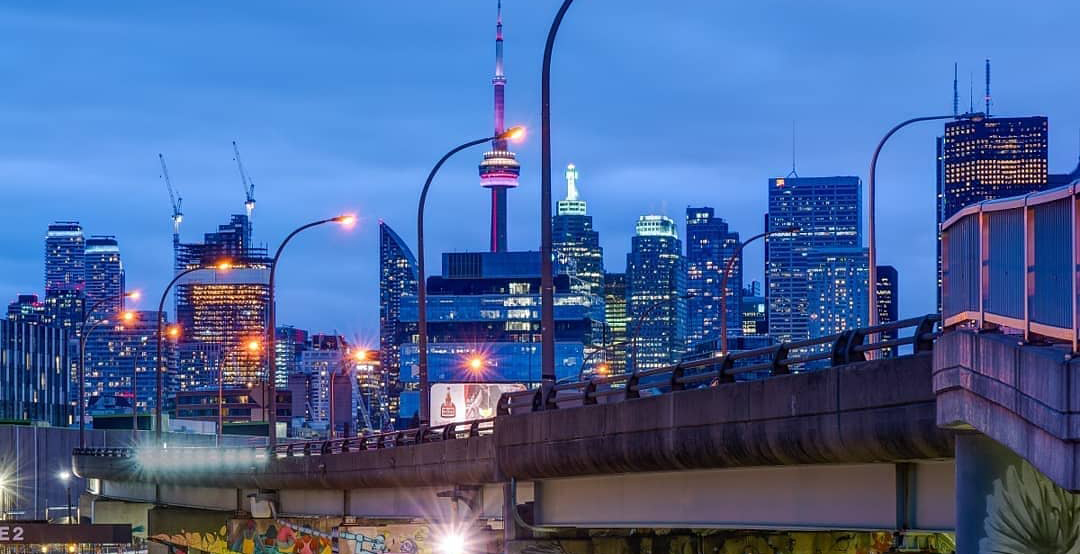 Winter is in full swing. It’s time to show your seasonal affective disorder whose boss, by getting out to one of these great events.

There’s a lot going on this weekend, and we’ve found just a few of the great things happening in Toronto this January 10 to 12.

What: In the most powerful state on earth, a coalition of educated elites, alarmed at their leader’s populist, authoritarian reforms, conspire to bring him down. After his assassination, a civil war erupts, as ghosts, revolutionaries, and politicians contend with what they’ve done, and what’s to come.

What: Get ready for an amazing weekend of Argentine Tango in Toronto, with beautiful music, great venue, lots of dancing, and delicious refreshments. There will be DJs to keep you dancing to the wee hours. Get ready for three days and three nights of non-stop Tango.

What: Get ready for scientists, comedians, celebrities, musicians, and sometimes even a dancing cyborg. Created by astronaut Chris Hadfield, it is Toronto’s one-stop-shop for engaging with some of the world’s most incredible and overlooked talent. With a stage presence ranging from Afghan educators to Cambodian elephant caretakers to Toronto comedians and British roboticists, it is a truly unique experience not to be missed.

What: Friday nights are meant for partying. It’s time to hit the streets and hear some great Hip Hop, Trap, R&B, Reggae, Top 40, New Wave club hits. It’s one place you can have the most fun this weekend.

What: Not for the faint of heart, get ready for some raucous comedy. The Dirty North has sold out over 40 times in the last four years with some of the top Comedians in North America who have been featured on Netflix, Comedy Central, Just For Laughs, CBC +, and more.

From the Ground Up Toronto: 1st Annual Planting Film Festival

What: It’s an evening of film, music, comedy, and dance. Come celebrate the art of planting trees, forestry innovation, and the act of capturing carbon. They will be showing a variety of raw originals and classic films, existing shorts, and yet to be seen documentary trailers that all provide insight into the honour of planting trees, sustainable forestry innovations and the act of capturing carbon.

What: It’s basically like an Anime version of Inception, just way more colourful and off the wall. It’s an incredibly winding story about therapeutic technology distorted for the purposes of murder.

What: Sneaky Dee’s is a premier location for awesome nights and music in Toronto. If you’re a 90s child, or just someone who appreciates the culture, you’re going to want to check this event out.

What: This epic show has 10 increadible musicians performing at the Gladstone Hotel this Saturday. Along with a whole collection of artists, this show is celebrating the one-year anniversary of Tea Base, a politicized DIY community art space in the basement of Chinatown Centre.

What: Join certified sound therapy practitioners Melody Alderton-Ballik, Rufus Glassco, Nicole Manes, and Laura Notton, as they create an original soundscape for the gathered group. Just make sure to bring a yoga mat.

Bump In the Night

What: Looking to get your freak on? DJ Precious Brett will be spinning rock, soul, classic pop, and other rarities all Saturday night. If you like to dance, this is the place to be.

What: It’s a screening honouring the life of Caroll Spinney, the incredible puppeteer who gave brought Big Bird to the world. Check out Big Bird’s first and only starring vehicle, 1985’s Follow That Bird.

What: It’s the place to be in Yorkville if you want to hear hip-hop, R&B, reggae, and afro party music. This night will feature Toronto music heads DJ Summer Knocks and DJ Filthy, who will keep the floor moving all night. 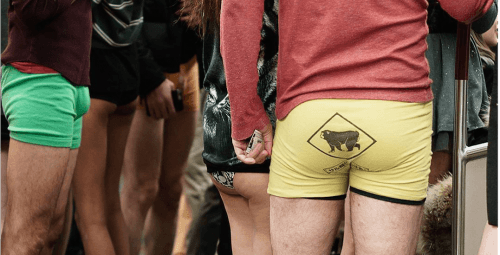 What: The No Pants Subway Ride is back for another cheeky year. Hosted by the No Pants Society, the risqué subway ride will be happening simultaneously in 50+ cities around the world with the hopes of bringing a smile to commuters’ faces.

What: Celebrate 2020 with Mayor John Tory and city councillors in the Beach neighbourhood. The annual event is a fun, family-friendly afternoon of music, hot beverages, and of course lots of skating. Everyone is welcome.

What: Sunday is the opening reception of FIBRE WORKS, an interesting and personal display of local fabric works. The three featured artists will be at the reception to talk about their work. If you can’t make the reception then the works will be on display for two more weeks.

What: Curious about Tequila? Attend this Eat Through Toronto events and guests will learn how to make three different cocktails that are built on the spirit in a hands-on workshop with a mixologist.

What: It’s the story of a pig overcoming some serious boundaries and becoming a sheepherder. Winning the respect of his animal friends and one very crusty farmer in the process. It’s Babe!

What: Oh is it dunk o’clock already? It looks like it. Head downtown in your latest Raptors gear (or wear anything really, just go!) and see our guys take on the San Antonio Spurs.