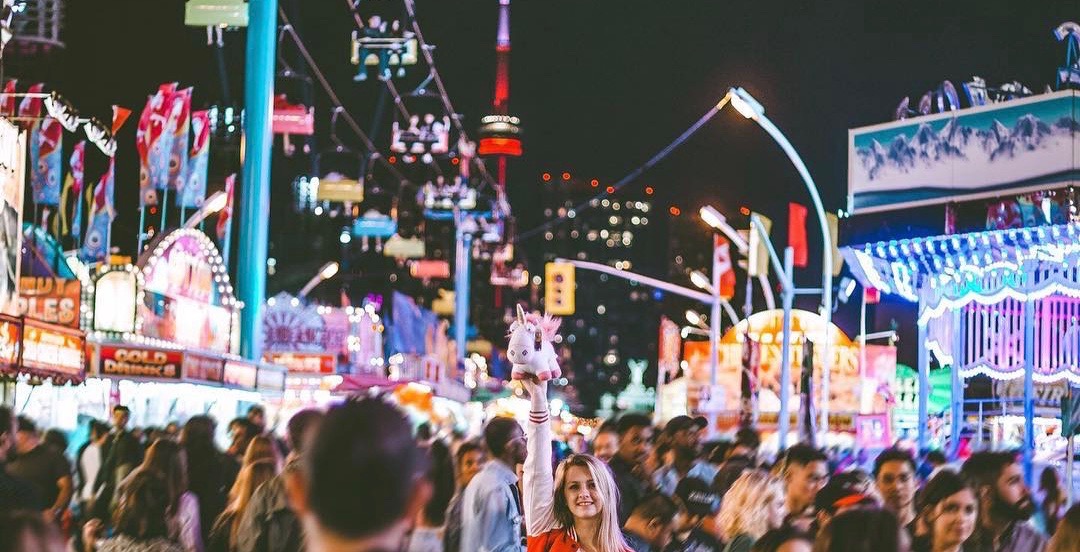 Summer seems to be wrapping up, which means there are only a few more weeks to enjoy the warm weather in the city.

To help you make the most of these last few days of summer, we’ve rounded up the hottest events, festivals, and concerts taking place in Toronto during the month of September.

From Toronto Beer Week and Oktoberfest to a festival solely dedicated to garlic, here are the top 36 events happening in Toronto this month.

What: Enjoy the magic of a midsummer night as you watch A Midsummer Night’s Dream between the trees in Withrow Park. While tickets are Pay-What-You-Can, the suggested amount is $15. All are welcome, even your four-legged friends!

Where: Downsview Park, 70 Canuck Avenue
When: September 1 to 4

What: Kick off the month by enjoying a week totally dedicated to burgers! At least 10 Toronto restaurants will be participating in Le Burger Week – each of which will be “called upon to create a unique burger; reflective of their overall concept and cuisine.” These participating restaurants then offer a special ‘burger price’, where burger aficionados are encouraged to come eat and vote on the website.

Breaking Barriers: How To Defy Expectations and Develop The Career of Your Dreams

What: Hosted by Ginella Massa, the first news reporter to wear a hijab on television and anchor a major newscast in Canada, this Evening Series will highlight key insights Massa has picked up along her nascent yet massively impactful career.

What: The one and only Lady Gaga will be making a stop in Toronto this month as part of her massive world tour, Joanne.

Dita Von Teese’s The Art of the Teese

Where: Queen Elizabeth Theatre, 190 Princes’ Blvd
When: September 7 to 8

An evening with James Corden

What: Elevate Toronto is a three-day tech festival that will showcase the best of the Canadian innovation ecosystem and welcome the world to our city.

What: Bryson Tiller will be stopping in Toronto as part of his 27-date tour in support of his new album, ‘True to Self,’ with openers Metro Boomin and H.E.R.

Where: Various venues throughout the city
When: September 14 to 17

What: Father John Misty will be headlining Toronto’s Massey Hall in support of latest album Pure Comedy. If you’re a fan of his idiosyncratic voice, this is a performance you won’t want to miss.

What: Art Battle is back in Toronto to host an amazing night of live competitive painting, connecting Toronto to towns and cities around the world through the arts. Painters have 20 minutes to take their canvases from blank to beautiful, the audience votes to pick the winner.

Where: Various venues throughout the city
When: September 21 to 30

What: Taking place from September 23 to 30, in venues across Toronto, the 2017 Invictus Games will feature adaptive sports such as wheelchair basketball, archery, swimming, athletics and, new to these Games, golf.

Paradise in the Park Toronto

What: Following the successful LA Paradise in the Park event, Jamie Jones proudly presents the second installment of this series; Paradise in the Park Toronto. Come and enjoy a vibrant open air venue and incredible music. What more could you need for a perfect day party?

Where: Woodbine Park
When: September 24, 2 pm

What: Canadian indie songstress Fiest will be performing at Toronto’s iconic Massey Hall this month to promote her latest album Pleasure.

What: This month, The Sky Guys Ltd., Canada’s leader in drone technology and Cambridge House International, will be hosting  The Toronto Drone Film Festival at the Second Annual Big Drone Show. The two-day conference and trade show will be taking flight in Toronto at the Metro Toronto Convention Centre.

What: Buffer Festival is an annual showcase of YouTube world premieres, bringing the most acclaimed digital creators and their audiences together. The festival includes a variety of programming, including a red carpet gala and premiere screenings, showcasing an array of YouTube’s highest quality content.

Where: Elgin and Winter Garden Theatre Centre, 189 Yonge Street #620
When: September 28 to October 1

What: Get the Dirndl dresses and Lederhosens ready, Toronto. Experience food, drink, and lots of merriment at the two-day festival and outdoor Bavarian Village. Toronto Oktoberfest will include free authentic German beer glass steins, real Bavarian-style communal tables, and benches from Germany. Use promo code DAILYHIVE and get $5 off your ticket!

Where: Ontario Place
When: September 29 to 30

What: Enjoy a magical night under the stars at The Light Fest. The Lights Fest is an experience where thousands of friends and families gather to listen to live music, fill up on food trucks and light up life. At the perfect moment, everyone ignites their personalized sky lanterns with Tiki torches and lets them take flight.

What: Come and check out this cant-miss Toronto music festival and arts celebration run by and featuring women, gender queer, and trans folk.
Where: Artscape Daniels, 585 Dundas Street East
When: September 30