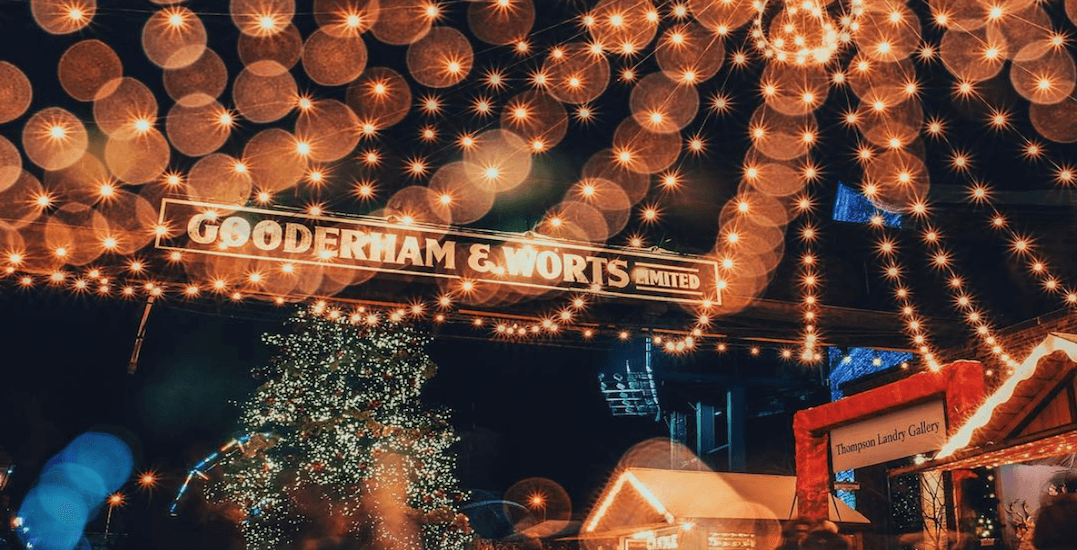 Toronto, the holiday season officially kicks off this week.

For starters, the city’s most beloved Christmas market opens its doors this week and both Yonge-Dundas Square and Yorkville Village are hosting their annual tree lighting ceremonies.

So, get bundled up, grab a warm drink and check out one of the many festive events happening throughout the city.

What: The city’s most beloved holiday tradition kicks off the holiday season this week! The Toronto Christmas Market will feature entertainment, beer gardens, vendors, and a whole lot of Christmas cheer. Get cozied up, and head down to the Distillery District to experience its magic.

When: November 16 to Sunday, December 23 (closed on Mondays)
Where: The Distillery District

What: The Gourmet Food & Wine Expo is taking over Toronto this week. The four-day expo showcases international cuisine, exotic delicacies, craft beers, wines, and cutting-edge cocktails when it brings together over 100 exhibitors including some of the worlds best restaurants, food producers, brewers, vintners, and distillers showcasing 1,500 different things to eat and drink.

What: This holiday season, you’re invited to embark on a magical holiday journey as you take a ride on the Polar Express. Operated by the Waterloo Central Railway, as soon as you step on board, you’ll be whisked away to the sounds of the beloved film’s motion soundtrack.

What: Now in its 10th year, Illuminite will take over Yonge- Dundas Square this weekend with its annual tree lighting ceremony. Each year, Illuminite features an incredible evening filled with dance performances, light shows, acrobats and of course, the ceremonial lighting of the square’s 40-foot tree which glows with more than 52,000 LED light

What: Toronto’s Yorkville Village will be transformed into a winter wonderland this weekend as the neighbourhood will be kicking off the season with its annual Holiday Magic celebration. Come and check out the lighting of village’s Christmas tree and enjoy a free performance from Canadian Juno Award singer Keshia Chante.

When: November 18, 5 pm to 6:30 pm, with events running through December
Where: Village of Yorkville Park, 115 Cumberland Street

What: Lady Beer Fest is back! Presented by The Society of Beer Drinking Ladies, the festival will feature a line up of craft brewers along with fine food vendors along with a Holiday Makers’ Market. Tickets start at $35.