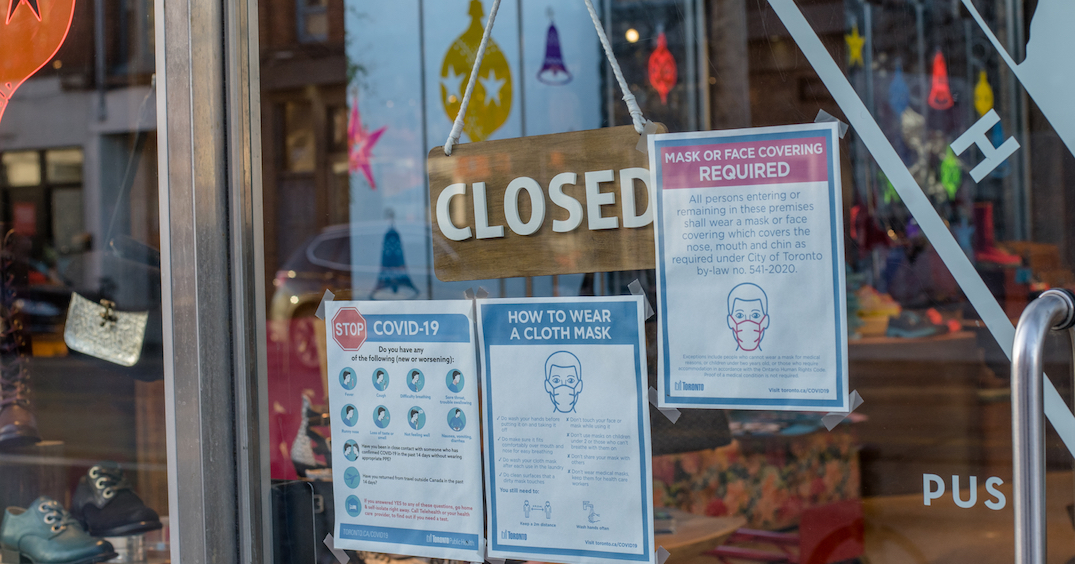 Toronto’s Fire Chief, Matthew Pegg, said that a small number of businesses are planning to reopen on Thursday and that enforcement teams are “actively monitoring” the situation.

On Monday, Pegg said, “We are aware of a small number of businesses that have indicated their intent to open this Thursday in contravention of the provincial orders requiring them to remain closed.”

He added, “the city’s integrated enforcement team including the Municipal Licensing and Standards, Toronto Public Health and Toronto police officers are actively monitoring the situation and are prepared to respond as required.”

Pegg said that they would take appropriate enforcement action against any businesses that operate in contravention of the regulation governing the operation of non-essential businesses, “as we have done throughout the pandemic.”

However, the Fire Chief did note that the majority of businesses have been complying and that when they do, it “saves lives.”

According to Pegg, over the weekend, three charges were laid against businesses, with one being the owner and operator of a cosmetic store.

Of the 122 complaints made of large gatherings on private property, 37 charges were laid.

There were also six charges laid under the Emergency Management and Civil Protection Act (EMPCA) for those at protests. Another six charges were made under the Criminal Code.

Of the 236 bars and restaurants inspected, no violations were observed.

Earlier on Monday, Premier Doug Ford announced that the Stay at Home orders would be implemented in 28 regions until February 16. And in two weeks, on February 22, they will end in Toronto, York, and Peel region.

When it is safe to do so, the province will gradually transition each region from the shutdown measures to a revised and updated COVID-19 Response Framework: Keeping Ontario Safe and Open.

The government updated the framework to allow for “a safer approach to retail,” allowing most stores to reopen but with stricter guidelines and capacity rules.