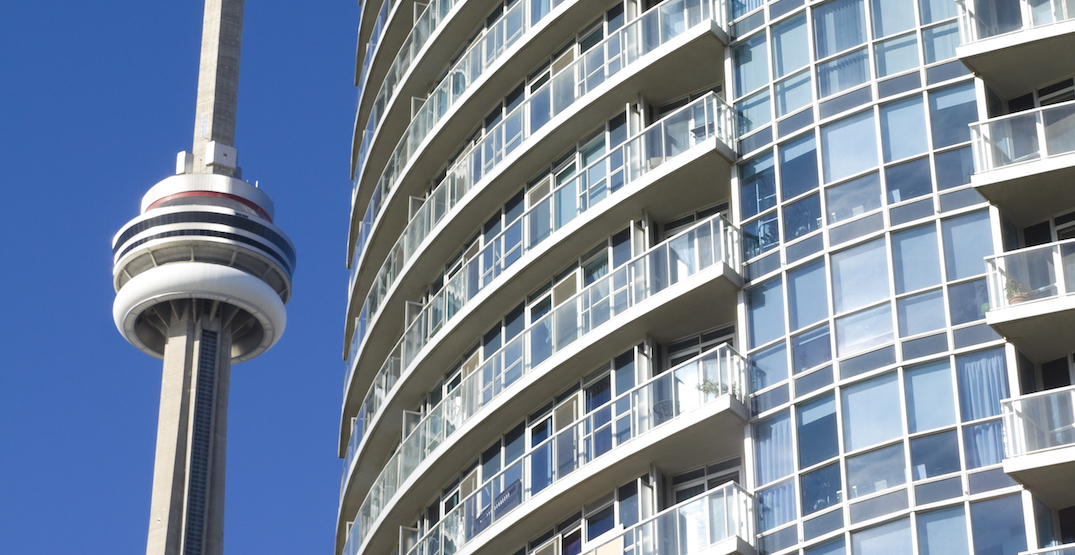 First-time homebuyers in Toronto are receiving more money than ever from their parents to help with a down payment.

The average down payment gift in Toronto for a first-time buyer is now over $130,000, according to a new report from CIBC Capital Markets. Interestingly, move-up buyers — those who sold their homes in order to purchase larger and more expensive homes — received even larger gifts on average, getting almost $200,000.

It doesn’t come as a surprise that Toronto, with some of the highest real estate prices in the country, has a much higher average gift price than the Canada-wide average of $82,000. The national average for move-up buyers was also lower than Toronto’s, coming in at $128,000.

The average down payment gift size, according to the report, is highly correlated to home prices and has fluctuated over time.

“In fact, over the past half a decade, growth in the average size of gift outpaced home price inflation, averaging 9.7% per year—a full two percentage points faster than growth in home prices,’ the report reads. 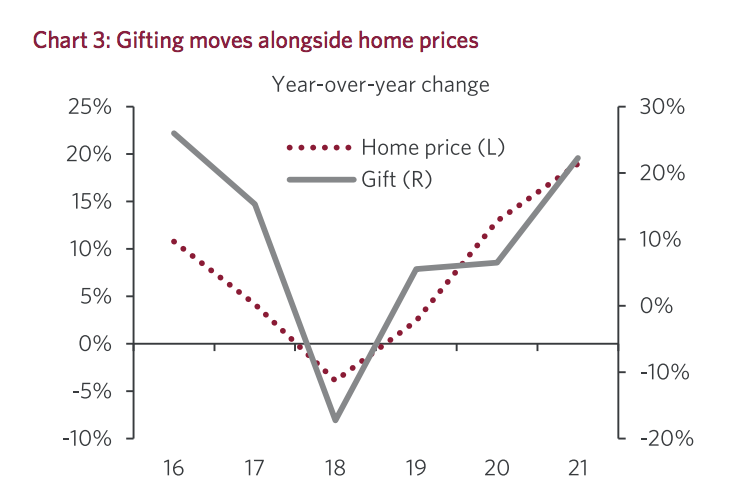 It’s estimated that over the past year, more than $10 billion in down payment gifts have been given in Canada, which accounts for 10% of total down payments made during that period. And although many may assume parents are going into debt to provide these gifts to their children, just 5.5% of gifting parents used debt to finance the gift, with the highest shares of parents using debt being seen in Toronto and Vancouver.

“Therefore, it seems that a large portion of the gifting comes from parents’ savings, which of course grew notably during the pandemic— allowing for the increases in the size of the average gift,” the report says.