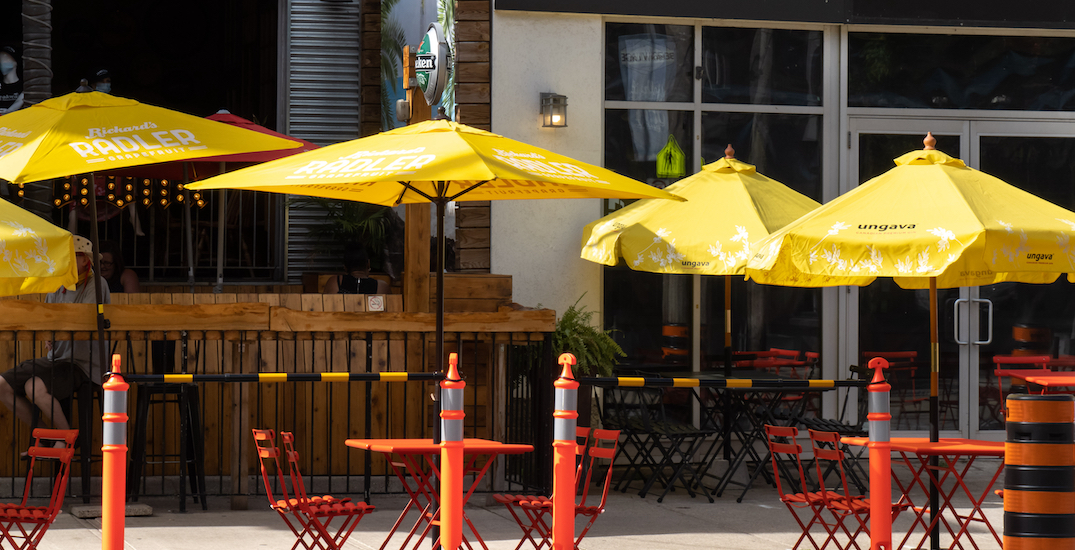 The first set of CaféTO’s curb lane closure locations for 2021 could be installed as soon as May, two months earlier than last year.

A new report endorsed by Mayor John Tory, to be considered by the city’s executive committee on January 27, recommends expanding the CaféTO program and outlines details, key findings, as well as outcomes with recommendations to ensure how the program itself could be bigger and better.

“The CaféTO program was a popular and successful quick-start COVID-19 response program that helped local businesses stay in business, helped protect jobs, and improved the quality of life in our city for residents,” said Mayor Tory.

“We heard from hundreds of operators and residents, and the overwhelming response was that operators who set up curb lane cafés, as well as those who dined in them, want them back this summer. Keeping CaféTO and making it better is the right thing to do.”

The report indicates that the city would work with Business Improvement Areas, local restaurant and bar operators to make changes including updating the registration process so it is more clear and straightforward, starting as early as February.

Other changes include developing comprehensive and safe traffic-management plans in order to make sure curb lane cafés are as safe as possible, supporting quick CaféTO installations, allowing owner/operators to build decks and platforms, and ensuring there is accessible furniture for public parklet areas.

As for the first round of approved CaféTO locations, installations could come as early as May, two months earlier than last year.

The report also showed results of a CaféTO survey taken by 2,800 restaurant and bar owners/operators and members of the public, showing that 95% of respondents want to see CaféTO operate in 2021, 90% of those surveyed were very satisfied or satisfied with their patio experience, and 66% of operators said their restaurant would not have been financially viable without CaféTO.

Back in 2020, the program supported 801 restaurants in 62 BIAs, as well as 96 restaurants outside the Business Improvement Areas.