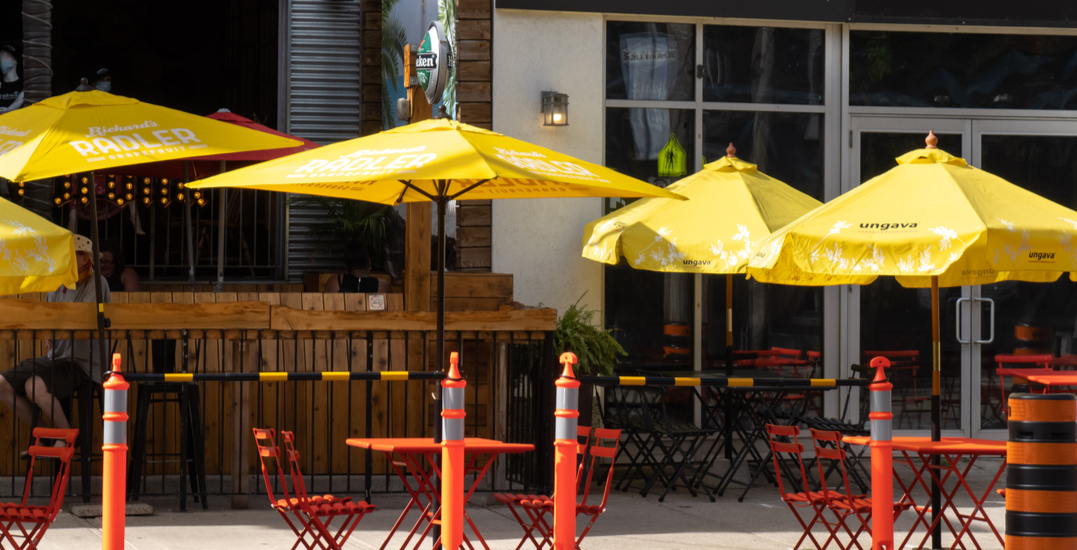 As the winter season is soon approaching, Mayor John Tory has announced that curb lane patios in the city will be all gone by November, with removal starting this week.

During a morning announcement, Tory discussed details in regards to the fate of the city’s many curb lane patios as the snowy season inches closer.

“We had previously announced that as much as we would love to leave the patios in the curb lanes; all of those patios will come out,” said Tory during the live presser.

“So what we’re dealing with here is others that can stay longer on sidewalks, on private property, and other places. But the ones on the curb lanes are coming out starting, I think, this week.”

Despite the desire to support restaurants at this time, Tory explained that although unfavourable, it is soon going to snow.

“The bigger challenge that we face is, is we have to plow the roads when it starts to snow, and the reason that they’re starting to come out now, is because historically … it is soon going to snow,” said Tory.

“We have a responsibility to keep the roads clear, and obviously if there’s a patio in the curb lane it is not going to be possible for us to clear the roads properly and then of course even if we did clean the other lane, where is the snow going to go?”

Restaurant owners have made efforts to stay afloat during this time of uncertainty. As the extended patio season comes to an end and indoor dining has seen a halt in Ontario’s modified Stage 2 restrictions, the months ahead will prove to be difficult for owners.

At this time some Toronto patios remain open with the use of heaters and fire pits.

“So, the ones in curb lanes will be coming out and will all be gone mid-November because of the advent of snow in the winter and all the other ones that raise the possibility with increased flexibility from us, the waiver of fees and things like that as soon as they’re all approved by the city council to remain in place over the winter,” said Tory.