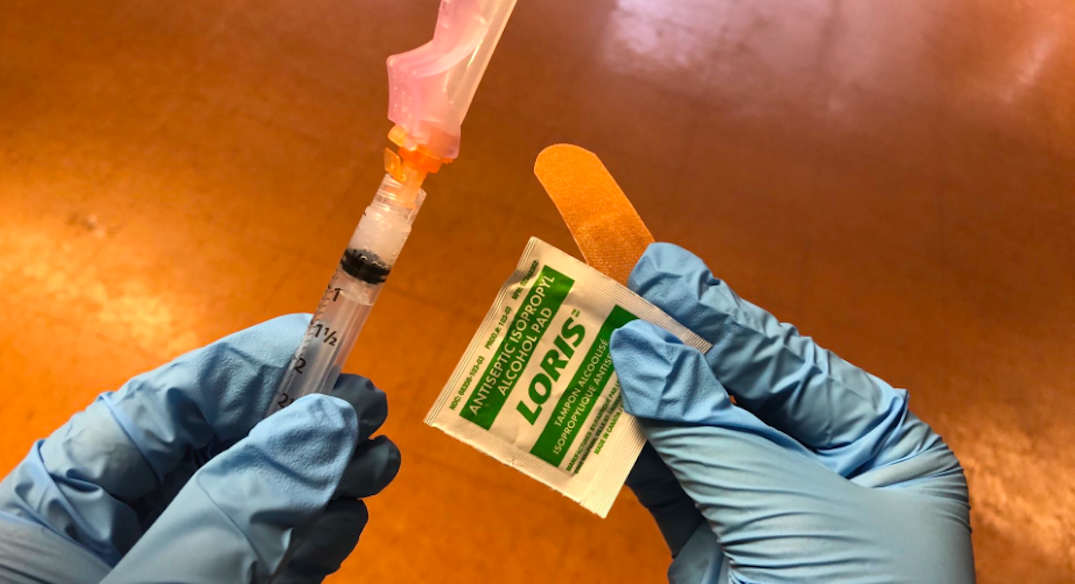 The City of Toronto is set to open its first COVID-19 immunization clinic early next week to increase the vaccination rollout to priority groups.

On Monday, Mayor John Tory said the clinic is opening earlier than planned in response to a request from the Ontario government to open a large COVID-19 immunization clinic on Monday, January 18.

The clinic will be at the Metro Toronto Convention Centre and is “the first program of its kind,” Tory said.

He added that this initial clinic will allow them to “refine the concept to get it right for future clinics.”

The clinic will first take priority groups outlined by the province as well as frontline healthcare workers in the shelter system and immunizers themselves.

Pegg said that more clinics are expected to arrive in the city before April 1.

“For months our Toronto Immunization Task Force has been preparing for vaccine clinics throughout the city, including mobile clinics and priority neighbourhood response teams to reach high-risk and vulnerable populations,” Councillor Joe Cressy, Chair of Toronto Board of Health, said in a statement.

He added if more vaccines become available soon then clinics can open earlier than April 1, with the first one acting as a model.

Toronto’s Medical Officer of Health Dr. Eileen de villa noted that the virus is “spreading at levels so serious it’s hard to describe.”

“This is the consequence of too many people spending too much time together in December and in particular in the holidays,” she said.

De Villa emphasized that while most people survive the virus, it’s easily transmitted and can be fatal for some patients.