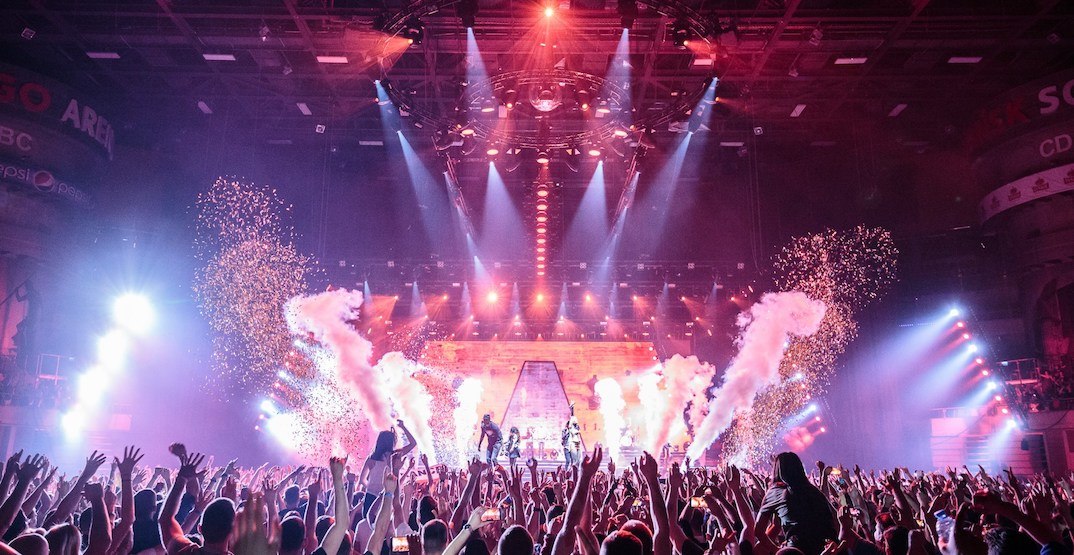 Toronto concert season is about to kick it in high gear.

Besides the upcoming spring showers, May will be bringing in some highly anticipated shows to Toronto this month. So it doesn’t matter what the weather is outside (unless the show is at an outdoor venue…), these gigs are bound to heat up your month.

May the force of music be with you!

Fans of Game of Thrones may be surprised to know that Grey Worm is also a singer and songwriter. The English artist will be touring his debut album You’re a Man Now, Boy, and stops in Toronto early this month.

Another May day, and another Brit lands in Toronto. Singer-songwriter Nao brings her soulful electronic funk to the Phoenix.

Where: The Phoenix Concert Theatre, 410 Sherbourne Street
When: May 4 at 8 pm
Tickets: Available online from $25 to $50.

The extremely vibrant and charismatic Josh Tillman, known to his fans as Father John Misty, returns to Toronto for two shows in May at the Royal Alexandra Theatre. The former Fleet Foxes drummer is touring his upcoming third studio album, Pure Comedy.

Where: Royal Alexandra Theatre, 260 King Street West
When: May 5 and 6 at 8 pm
Tickets: Sold out.

Ryan Adams’ latest Prisoner came out February, marking his 15th release since his 2000 debut album as a solo artist, Heartbreaker. The American singer, producer, and poet returns to the stage this spring, with a stop at our very own Massey Hall.

American hip-hop artist Ab-Soul has been in the industry since 2002. The Top Dawg Entertainment artist has worked with Kendrick Lamar, Schoolboy Q, and brings his vibes and beats to the city this month.

The Jesus and Mary Chain

Fans of The Jesus and Mary Chain around the world were excited when the band, which formed back in ’83, reunited in 2007. Now, the Scottish alternative rock band returns with a new album and a new tour.

Where: The Danforth Music Hall, 147 Danforth Avenue
When: May 13 at 7 pm
Tickets: Sold out.

Rapper Future returns to Toronto after his tour with Drake last summer (remember Summer Sixteen?). This year’s tour also includes an unbeatable lineup of guests. The Atlanta rapper will be joined onstage by Migos, and Toronto native Tory Lanez.

Brooklyn’s youngin Desiigner brings his energy to the Phoenix on the same night as Future’s tour. Desiigner is touring his debut album New English, on his first Canadian tour.

Where: Phoenix Concert Theatre, 410 Sherbourne Street
When: May 16 at 8 pm
Tickets: Available online at $23.

Multi-platinum rock band Bush is back. Remember Bush (or Bush X) back in the 90s? They have returned for the 20th anniversary celebration of Razorblade and are hitting the road as they finish their new album.

Jamaican dancehall singer/songwriter, and a pal of Drake’s, Popcaan brings his reggae fusion to Toronto this month. Popcaan has made guest appearances on plenty of records (including Drake, Jamie xx and Gorillaz), and has released his own album Where We Come From back in 2014. Get ready to dance, Toronto.

Beloved American DJ and producer Kaskade returns to Toronto during his Spring Fling Tour. His last album Automatic was released in 2015, and fans are lucky as this is his only Canadian date on this tour.

After what seems like a major absence, three years to be exact, The xx are finally back on tour and will stop in Toronto at Echo Beach on May 23. The Toronto date is part of the band’s North American tour, which kicked off in April, and celebrates the release of the band’s third album, I See You.

One of music’s hottest rap artists returns to Toronto this spring. Fresh off of three Grammy wins, Chance the Rapper hits Toronto’s Budweiser Stage on May 24 as part of his upcoming spring tour.

Toronto’s very own The Weeknd comes home this month. The Grammy Award-winning, multi-platinum selling music artist, kicked off his Starboy: Legend of the Fall 2017 World Tour earlier this year, and he finally lands back home in May.

Where: Air Canada Centre, 40 Bay Street
When: May 26 at 7:30 pm
Tickets: Haha… the show has been sold-out since the tickets went on sale. But resale tickets are available.

Everyone’s favourite jazz artist, Norah Jones is back in Toronto with her smooth voice and Grammy Award winning songs. She plays two shows in the city this month.

Synth pop faves Future Islands return to land to play in our city after their latest release The Far Field. Get ready to sing out loud, especially during their hit track “Seasons (Waiting on You).”

Trance heavy hitter Armin Van Buuren is no stranger to Toronto. Having played in multiple venues in the city, Van Buuren is back for a daytime pool party to kick off summer.

Arguably one of the top DJ duos at the moment, The Chainsmokers are here to make all our asses shake like a waterbed. The American producers will be joined by Lost Frequencies and Kiiara for their Memories: Do not Open Tour.

New Zealand’s Broods, of “Bridges” fame, return for a show following the release of their second album, Conscious. The brother and sister duo are an electronic dream pop combination that has earned them tour spots with Sam Smith and Ellie Goulding. Don’t miss this one.