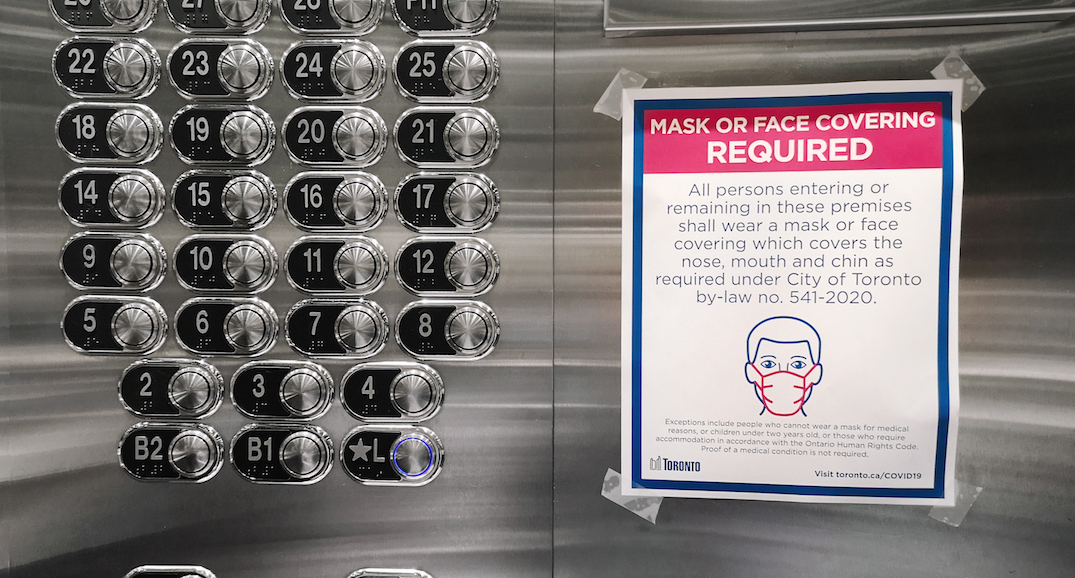 Toronto has received almost 2,000 complaints that residents are not wearing face masks in common spaces of condominium buildings.

According to the City of Toronto, 311 has received 1,950 complaints since August 5th, when the apartment mask bylaw came into effect.

On Monday, Mayor John Tory said that he has asked city staff to “drill down” on where the complaints come from to see if there are “frequent addresses” that need a more targeted approach.

“Building owners are responsible to put these policies in place,” Tory said. The bylaw requires that building owners or operators ensure individuals wear masks in common spaces with corresponding signage.

“Under the provincial regulation, there is no provision to charge an individual for not wearing a mask in a condo or apartment building. When the City receives a complaint, the RentSafeTO team provides an advisement to the building owner as to the requirement of law including masking policy, proper signage, education,” the City said in a statement to Daily Hive.

The mayor noted that the review by city staff to see where complaints are coming from will be done in the next few weeks.