It was cold on Thursday. So cold that Toronto recorded its coldest temperature of the season so far.

According to The Weather Network, the coldest temperature was an early morning low of -17°C reported at Pearson airport on December 19.

And as we head into the weekend, it looks like the cold will remain though Friday.

The Weather Network is forecasting “below seasonal temperatures ahead of a significant warm-up that sees daytime highs climb well above freezing.”

Expect milder weather on Saturday and into Christmas. 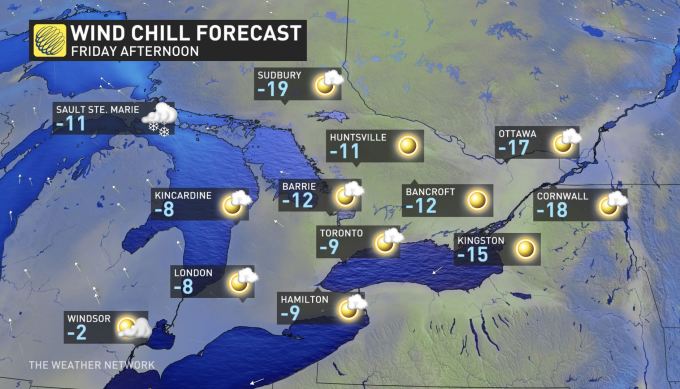 Saturday’s temperatures will be close to seasonal values, with daytime highs climbing into the mid to upper single digits.

“Temperatures will rise well above freezing for both Monday and Christmas Eve, and this will melt away any hope for a white Christmas for most of our region,” says Meteorologist Doug Gillham. “However, the lake-effect snow belts north of Toronto should be able to hold onto enough snow to stay white through Christmas, but areas with less than 10 cm of snow on the ground at the start of the weekend will likely be green by Christmas.” 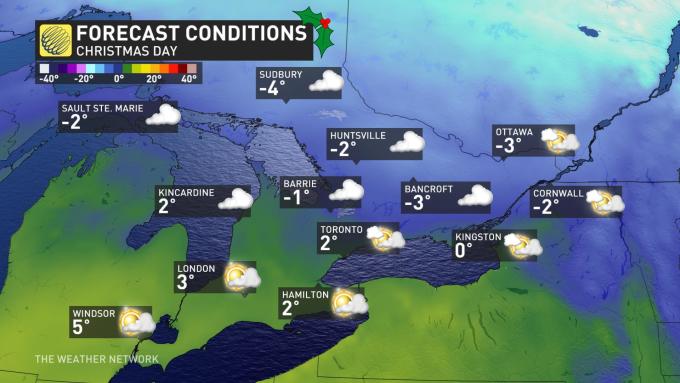 The weather agency also says that these warmer temperatures will provide “ideal travel conditions” for those travelling on Christmas day.