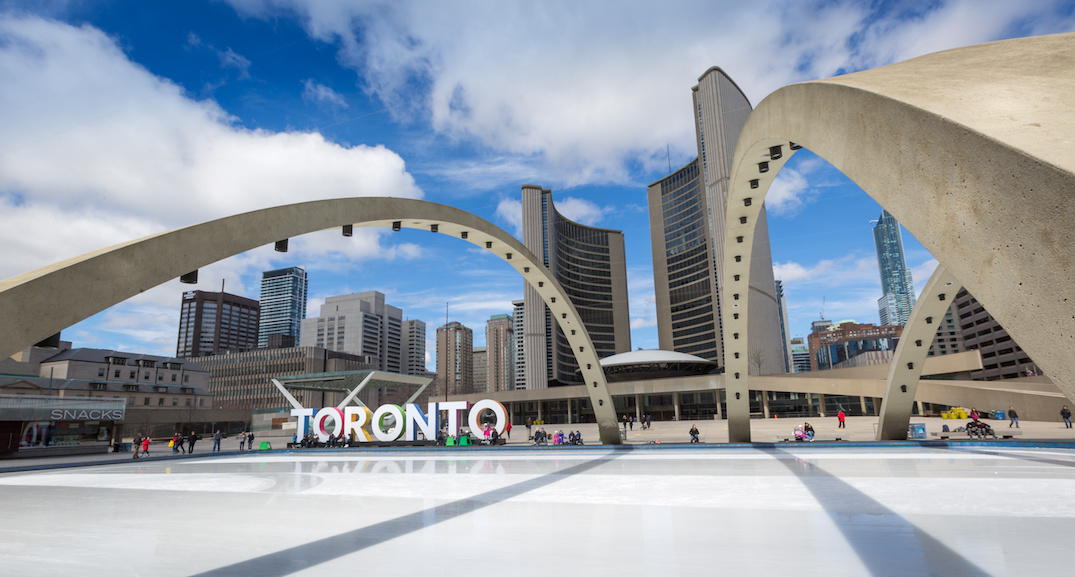 Toronto City Hall and Nathan Phillips Square will be partially closed this week to make way for filming at the locations.

From Thursday, March 4 to Saturday, March 6, an unnamed television series will be filming at various locations throughout downtown Toronto.

The filming schedule is as follows:

According to a City news release, portions of City Hall’s Rotunda and second floor may be “intermittently closed and off-limits while filming is taking place,” however, “all City Hall access points will not be restricted to City employees permitted to attend City Hall.”

City staff and security will be on-site during the scheduled filming times.

Which TV show will be filming has not yet been confirmed, but both City Hall and Nathan Phillips Square have previously been used in scenes for the very popular show The Handmaid’s Tale. Filming for the fourth season of the show began in February and is expected to continue through March.

The interior and exterior of City Hall have been used in previous seasons of the show as filming locations for the fictional Gilead’s capital and even for some brutal execution scenes.

According to the City of Toronto news release, Toronto’s film industry “has been permitted to reopen as long as they comply with strict COVID-19 public health measures and guidelines.”

Although we can take a good guess as to what will be filming, Torontonians will have to wait until Thursday to find out.