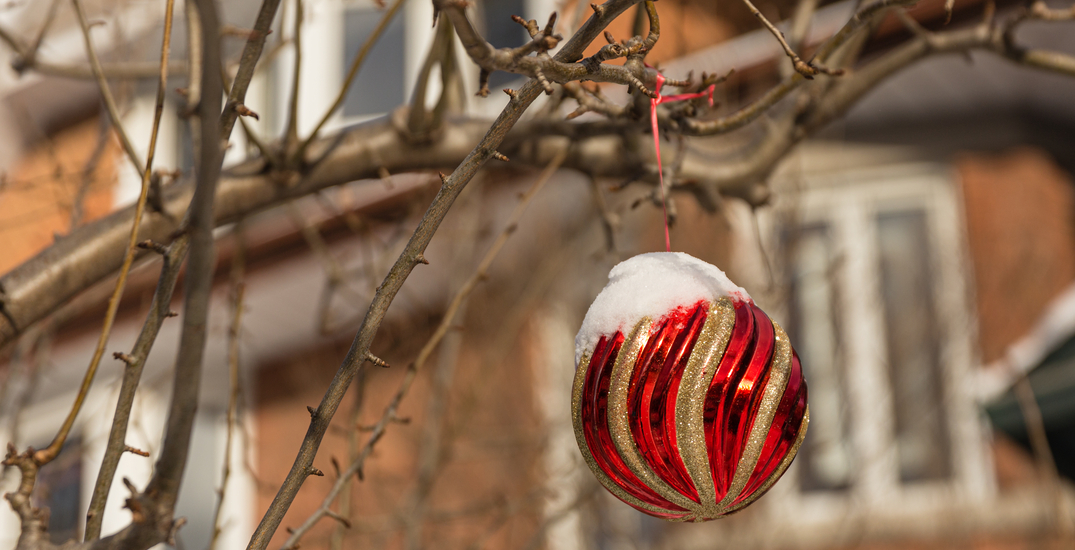 It’s beginning to look a lot like scattered flurries on Christmas Day for Toronto and neighbouring parts of Southern Ontario.

With less than 72 hours until Christmas, the Weather Network reports that a White Christmas is still up in the air (literally). Toronto can expect mixed flurries as a Pacific low moving through Western Canada on Tuesday and Wednesday “will be boosted by a deeper upper trough as it moves into the Great Lakes region for Christmas Eve and Day.”

To be considered a White Christmas, there must be two centimetres of snow on the ground by 7 am on Christmas morning. A large amount of precipitation moving across Ontario could make it happen, but as Weather Network meteorologist Dr. Doug Gillham says, it will be “down to the wire.”

On Wednesday, rain will travel from the shores of Georgian Bay across southern and eastern Ontario into Thursday, with daytime temperatures of 6ºC that will fell like 2ºC on both days.

A significant drop in temperature on Friday brings flurries and lake-effect snow that is “expected to impact travel through the traditional snow belts,” while some periods of “heavier snow could also extend into parts of the GTA during Christmas Day,” reports the Weather Network.

“There is still a lot of uncertainty regarding the exact timing of the cold front and the amount of lingering moisture after temperatures fall below freezing, but most of the region should see a dusting to a coating with locally higher amounts,” says Dr. Doug Gillham.

Boxing Day will show a combination of sun and cloud with a day time high of -3ºC with a feels like temperature of -8ºC. Overnight will warm slightly at -5ºC.

Sunday will have a mix of sun and cloud with a high of 0ºC and a low feels like temperature of -3ºC.

Temperatures continue to drop next week as Monday and Tuesday will reach daily highs of 0ºC and -4ºC, respectively.

Bundle up and keep your eyes on those skies. You might just see a Christmas miracle take place.