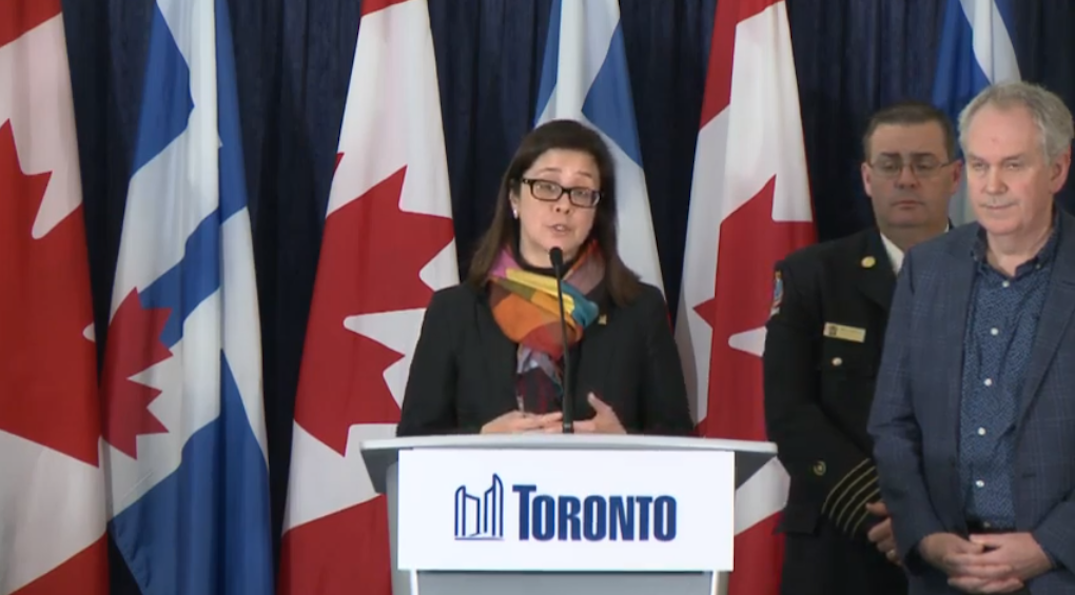 On Monday afternoon during a press conference, De Villa recommended new measures for bars and restaurants to stop in person dine-in service and move exclusively to take out and delivery service no later than midnight.

The medical officer also “strongly recommended” night clubs, movie theatres and concert venues to close as soon as possible. If they do not comply then businesses will be subject to the Health Protection and Promotion Act, which could penalize said businesses.

According to De Villa, the fine could be up to $25,000 per day for businesses that don’t comply.

De Villa also said for those who can stay home to do so and that businesses and employers should help their staff stay home if they can do so.

Advice for travellers who have recently been outside of Canada should self-isolate for 14 days.

As for the TTC, de Villa recommends only those who absolutely need public transit to get to work, should be using the services and others who do not need to take it are advised not to. The reason being to limit the crowd numbers on public transit, which is seen as an important form of social distancing.

There are three reported cases with links that couldn’t be found in Toronto, meaning these individuals did not contract the disease from someone who travelled or from travel itself.

“I do know of three cases for which links could not be found,”deVilla said.

“These decisions are not easy,” she said, adding that “every interaction avoided helps to flatten the curve… If you can, stay home”

De Villa emphasized that she knows these recommendations will be difficult for individuals and businesses, but said the health of the city is at stake.

As of Monday morning, the Province of Ontario confirmed 32 new cases of COVID-19, with over 1,500 cases under investigation. Eleven new cases were in Toronto.

Toronto Public Health is monitoring 76 positive cases of COVID-19 in the city.

Also, council and committee meetings will not be held during the next cycle.

Some vital services will still be operating in the city like the TTC, police services, fire services and paramedics.