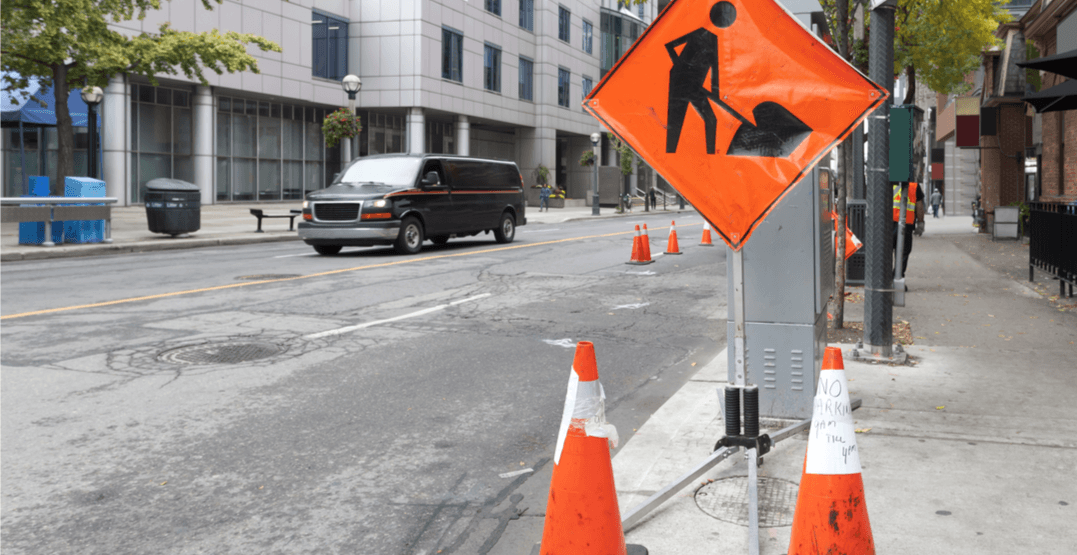 Get ready, Toronto. With the warmer weather comes the city’s annual construction season, and this time, it’s busier than ever before.

According to the City of Toronto, this year’s $1 billion construction season will cover work planned for roads, bridges, expressways, sewers, and water mains.

This is the largest investment into a City of Toronto construction season yet.

Mayor Tory was joined by Councillor James Pasternak (Ward 6 York Centre), Chair of the Infrastructure & Environment Committee to announce the kick-off of the 2019 construction season on Monday morning.

“Toronto’s infrastructure is used every day by millions of residents, businesses and visitors,” said Tory. “These large investments made by the city guarantee that we keep adapting to the growth Toronto is experiencing and we keep improving our transportation and water infrastructure.”

So what is being done this year?

In total, the city says there will be construction taking place across the city on more than 600 roads.

To help accelerate projects and to minimize traffic congestion during the construction season, the City will extend work hours for key projects, bundle projects and implement signal-timing changes on parallel routes and enhanced signage at work locations, according to a release. Of all the construction, 63 projects will operate on extended, overnight or 24/7 work hours.

The public is being advised to plan their travel in advance, consider alternate routes, obey signage around work zones, and be patient while travelling in and around work zones throughout the city.