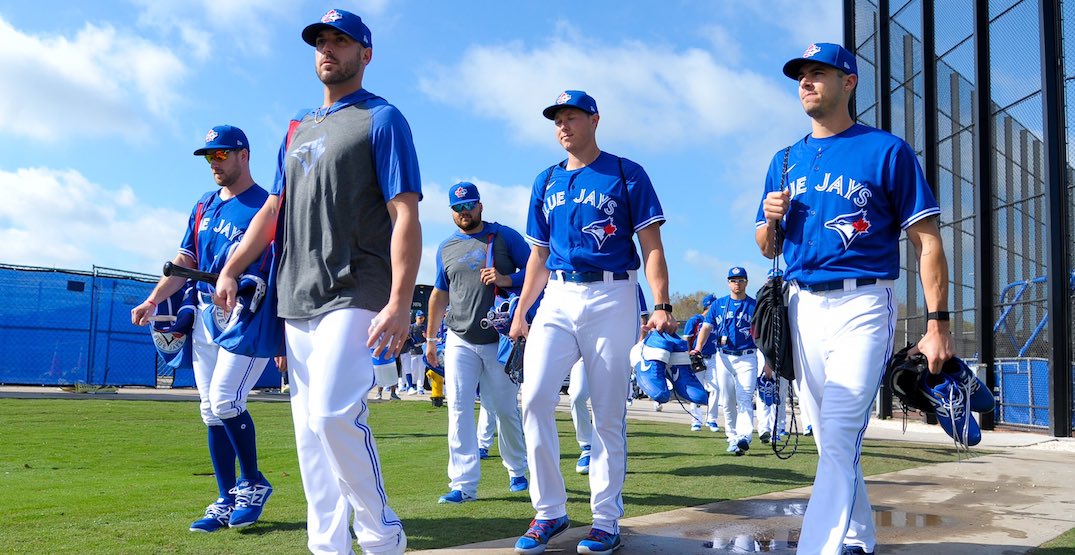 The Toronto Blue Jays are coming back to Canada.

The Blue Jays originally planned to prepare for the MLB season at their Spring Training facility in Dunedin, Florida, but had to close down two weeks ago following multiple players and staff testing positive for COVID-19. Given the surge in cases in Florida, a state that set a single-day record today with 10,109 new cases of the virus, the Blue Jays wanted to find somewhere safer.

That place is Toronto, where the Blue Jays will prepare for the season in a cohort quarantine. Players, coaches, and staff will essentially live at Rogers Centre, training at their home ballpark and sleeping at the adjoining hotel.

“At its core, the plan necessitates players and club personnel to enter a closed environment at Rogers Centre, which is isolated from the general public,” the Blue Jays announced.

This plan needed approval from public health and three levels of government, which it has now received. Players and club personnel are currently completing intake screening in Dunedin, the team announced, after which they will board private charter flights to Toronto this weekend. Only those that test negative for the coronavirus will be allowed to travel.

A final decision hasn’t been made for where the Blue Jays will play regular season home games, though the team said its preference is to remain at Rogers Centre. That plan is more complicated and will need further government approval though, given visiting teams would be coming in and out of the city as well.

Major League Baseball is planning to have a 60-game season, likely beginning in late July. Each team would play 30 games in their home ballpark, with up to nine opponents visiting throughout the season.