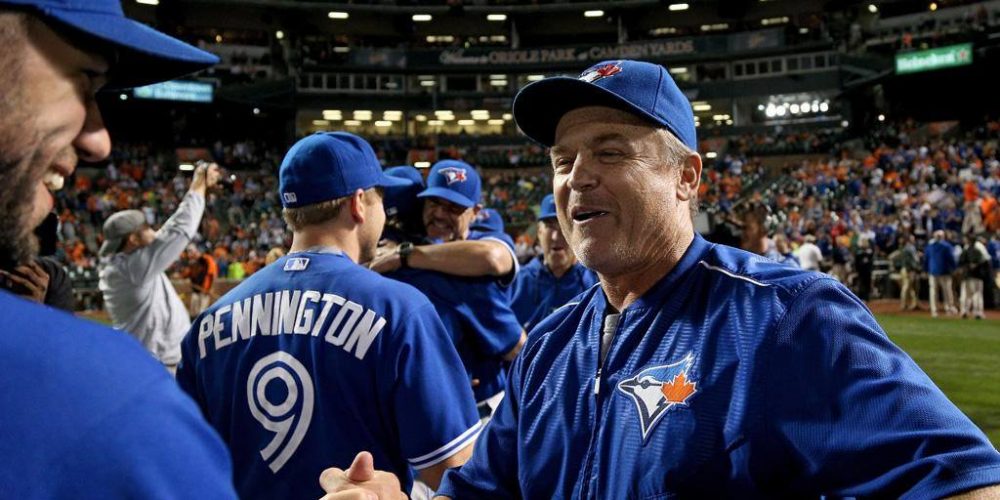 Here in Blue Jay land there is always something to debate. Whether it’s John Gibbons and his inability to manage the team to victories in one-run ball games, or R.A. Dickey’s value to the baseball club, there has been one discussion that has been simmering for quite some time: bunting.

So, what side are you on?

Do you view bunting as a viable strategy in today’s game or do you see bunting as an antiquated tool only used by managers who are ignorant to the rise of sabermetrics in the 21st century?

There was a fun little moment in the Blue Jays’ 6-3 loss to the Los Angeles Angels on Thursday night. With the Angels leading 4-2 at the top of the 7th inning, after Jett Bandy led off the inning with a single, Angels manager Mike Scioscia (a very big proponent of the bunt) had Nick Buss bunt in an attempt to move Bandy into scoring position, seeing as how the game was still in doubt. As luck would have it, Buss laid down a perfect bunt that Josh Donaldson couldn’t handle and the Angels found themselves with runners at 1st and 2nd with nobody out. Old school baseball fans exclaimed, “See! Bunting works! If only the Blue Jays would utilize it more!”

Chalk that up to a point for the pro-bunting crowd.

Not one batter later, more accurately one pitch later, Scioscia ordered Kaleb Cowart to bunt down the first base line so they could advance the runners to 2nd and 3rd. What happened? Cowart’s poor bunt attempt was caught by pitcher Joe Biagini who almost doubled off Buss at 1st base.

Before the pixels could even light up on the tweets of the pro-bunting gang, they were shown an example in real time about how bunting can be a flawed strategy, and even if it wasn’t, the consequences of a poorly executed bunt can be disastrous for a team looking to plate some runs late in a game.

That was beautiful. Tepera fields Hicks' bunt and fires to third to get the lead runner. #BuntingIsABadIdea #Bluejays #Jays #Yankees

The one thing the anti-bunting mob has in their favour is data; lots and lots of data.

With the rise of the Bill James’s sabermetric approach, which was popularized by the Oakland Athletics as a way to identify inefficiencies in MLB player evaluation, outs are rightly viewed as the most valuable commodity for a baseball team. They only get 27 of them in a game, and to put it simply, it doesn’t make sense to give the opposing team an easy out like you do with a sacrifice bunt.

Fans of sabermetrics will very easily cite a great baseball advanced statistics website like Fangraphs and run expectancy charts as proof that sacrifice bunting actually lowers a team’s expected runs per game and that it makes more sense statistically to have players swing away with a runner on 1st, rather than give away an out and have a player swing away with a runner on 2nd and one out. It’s true and the numbers check out, over the course of a season when scoring the most runs is the simplest indicator of success for a team, giving away outs with a sacrifice bunt doesn’t make any sense.

But is it really that black and white of an issue? If you talk to many anti-bunting fans, it is. The rise of advanced statistics has created a new breed of baseball fans. These fans view bunting and stolen bases as unwarranted risks, and fielding shifts and heat maps as the gospel.

Whatever side of the baseball landscape you find yourself on, think about the following hypothetical scenario and ask yourself what you would do in it:

As the Blue Jays manager, do you order Barney to bunt in an attempt to advance Carrera into scoring position with the heart of your lineup to follow? Or would you rather have Barney swing away and possibly risk a rally-killing double play?

Here is a sample of the thoughts that should be going through your head as manager:

You have one minute to think about a possible season altering decision, what do you choose to do?

The point I am trying to make is that there are a lot of factors that go into making the decision whether or not to bunt and that it is rarely a simple binary decision. A simple statistical breakdown of the 162-game season doesn’t account for many of the above “human” factors of the game of baseball. Unfortunately for sabermetricians, there never will be a large enough sample size to account for a singular, high-stakes, pitcher vs batter scenario like the one I have described above.

Sometimes that means you have to go with your gut and live with the outcome.