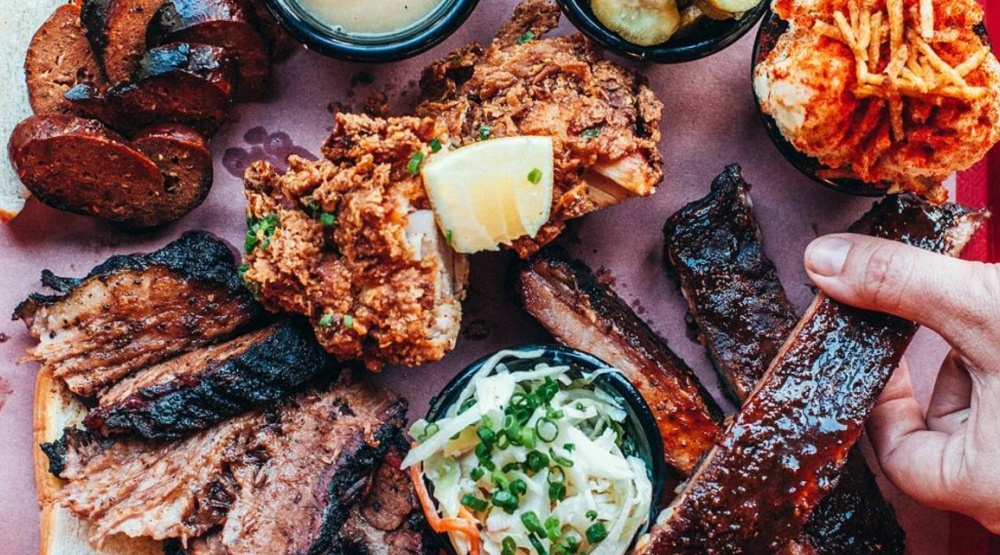 Drawing inspiration from the Southern States but with the benefit of Canadian ingredients and sensibilities, these pit masters are dishing out top-notch brisket, ribs, sausages, and smoked chicken that’ll make you need to loosed your belt.

Here are is the best BBQ in Toronto.

Out in the boons (okay, more like a Leaside industrial park) and open only from 11 am until the meat sells out (or 2 pm, whatever comes first), this BBQ is well worth the trip. Go for platters topped with brisket, sausages, pulled pork, and moist turkey all done with great reverence to the Texas-style which inspires it.

Situated in close proximity to the beach, this BBQ joint deals in meats by the pound including some of the most supple, melt-in-your-mouth brisket in town along with pulled pork, turkey, chicke, sausage links, ribs, sandwiches, and all the essential sides.

Smoke-infused fare is the specialty from this east side restaurant and food truck. Meats can be ordered a la carte with sides like root beer baked beans and maple bourbon butter glazed corn, as well as in sandwiches, piled on to mac ’n cheese, and incorporated into recipes like the Jacked Up Grilled Cheese.

Pecan-smoked St. Louis spare ribs, applewood-smoked pork, hickory-smoked chicken, and house-made barbecue brats are all on the menu at this takeout counter and general store in the west end.

Dine on The Danforth where this smokehouse serves up smoked specialties by weight, on platters, and piled onto buns. To go alongside these carnivorous feasts, Southern staples such as collard greens, hush puppies, and double smoked beans.

A stellar patio, convivial vibes, and a menu featuring finger-licking ribs, wings, and slow cooked meats await you at this Riverside local.

In Parkdale, Bourbonade and BBQ are the perfect pair. Start with “Crack Rolls” and spicy pork rinds before moving onto platters packed with ribs, brisket, smoked wings, pulled pork, and all the fixins’; potato salad, coleslaw, white bread, and pickles.

The Pit Master’s Platter from this sophisticated-looking smoke house is a NEED not a want. Priced per person, this ultimate selection for sampling includes pork ribs, beef brisket, buttermilk fried chicken, pickles, and fries.

The Queen West restaurant and whisky bar offers a taste of Southern hospitality right here in The Six. On the menu, racks of ribs, peppercorn beef, spicy sausage, and a range of sides including cornbread, waffle fries, collard greens, brussel sprouts, and addictive onion rings. 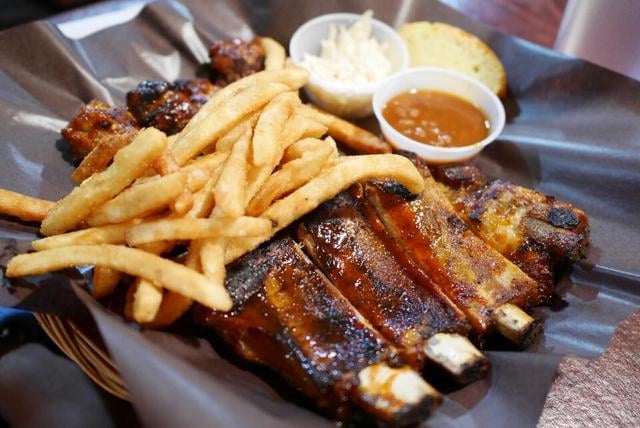 Off the beaten track, this roadside smokehouse merits the detour. Championship-winning ribs, chicken, and sauces are menu mainstays, plus you’ll find burgers, sandwiches, and wings that are worth rolling up your sleeves for.