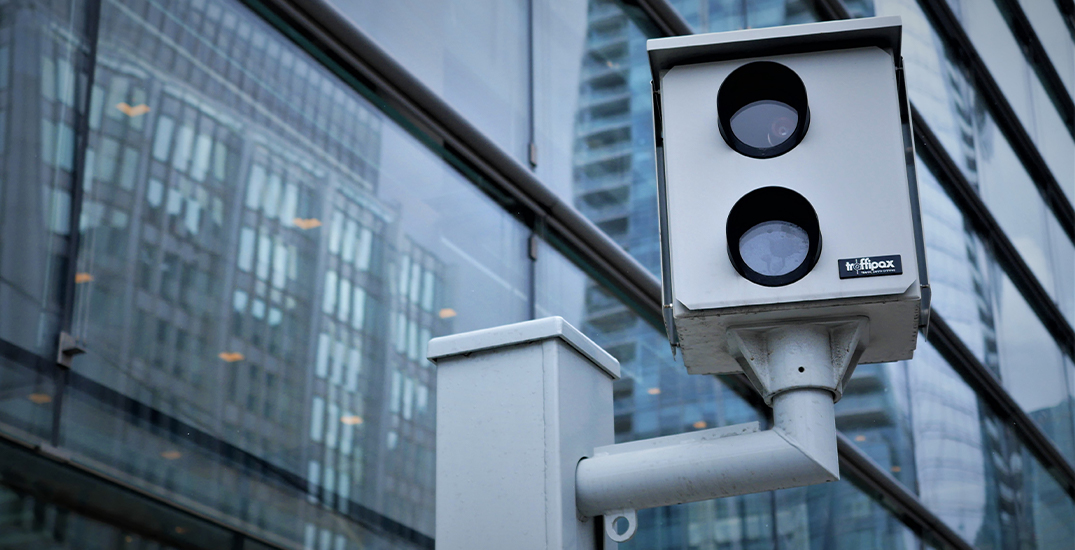 The City of Toronto’s Automated Speed Enforcement (ASE) program will begin to issue speeding tickets as of Monday, July 6.

Any vehicle that is detected speeding above the posted speed limit in an ASE-enforced area will receive a ticket. The ticket will be given to the registered owner of the vehicle, regardless of who was driving.

The City has said that this enforcement aims to “increase road safety, reduce speeding, and raise public awareness about the need to slow down and obey posted speed limits.”

There are 50 ASE cameras around Toronto.

Cameras have been installed on local, collector, and arterial roads in Community Safety Zones near schools.

Every ward of the City has two ASE cameras.

Locations of cameras have been selected based on data that shows where speeding and collisions have been a problem in Community Safety Zones near schools.

Other considerations in regards to the selection of locations include planned road work, speed limit changes, obstructions or impediments to the equipment, boulevard space and the nature of the road (e.g. steep hills).

The City of Toronto has also created a map of all of the camera locations.

Cameras were installed after the Government of Ontario approved regulations that allowed municipalities to commence automated speed enforcement programs in December 2019.

Ticketing was scheduled to start in April, but was delayed due to the pandemic.

Signage has been placed in advance of ASE-enforced areas to make approaching vehicles aware of their presence.

Set fines have been determined by Schedule D under the Provincial Offences Act. A victim fine surcharge and applicable court costs are also included in the total payable fine.

No demerit points will be deducted.

July 6 also marks the launch of a three-month, multilingual education campaign that has been created to raise awareness about ASE in Toronto. The campaign was also created to remind Torontonians about the dangers of speeding.

It will be showcased on multiple platforms and media until September.

Starting today, the City’s 50 Automated Speed Enforcement cameras will be ticketing drivers who are caught travelling in excess of the posted speed limit. Automatic Speed Enforcement is an important tool to reduce speeding in our city and save lives. pic.twitter.com/S48Fz0Wtw4

“Today is the culmination of a years-long fight to bring automated speed enforcement to Toronto to deter speeding, increase road safety and protect our most vulnerable road users,” said Toronto Mayor John Tory.

“The message is clear: speed limits are not suggestions – they are the law. Those exceeding the speed limit and putting lives at risk will almost certainly receive a ticket, as they should.”