Ai Weiwei, one of the world’s most influential living artists and human rights activists, is bringing a collection of his ceramic works to Toronto’s Gardiner Museum in 2019.

This will be the first time that many of Ai’s works will appear in Toronto.

One of the pieces to look forward to is Sunflower Seeds, which is one of Ai’s most celebrated pieces. It’s made up of millions of hand-crafted porcelain seeds that portray the mass production techniques that China caters to Western Countries. 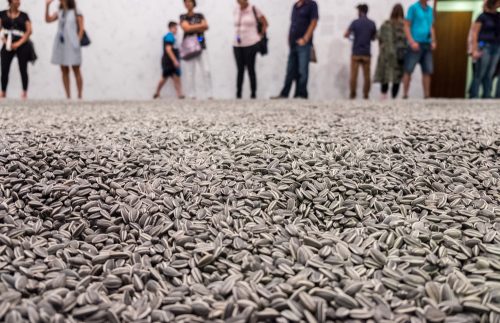 Weiwei is regarded as one of the world’s most celebrated contemporary artists and his sculptures, photographs, installations, and public artworks often repurpose traditional Chinese forms and materials to address today’s most pressing social concerns.

While little details have been released on the actual exhibit, Unbroken is scheduled to take place next February at the Gardiner Museum.