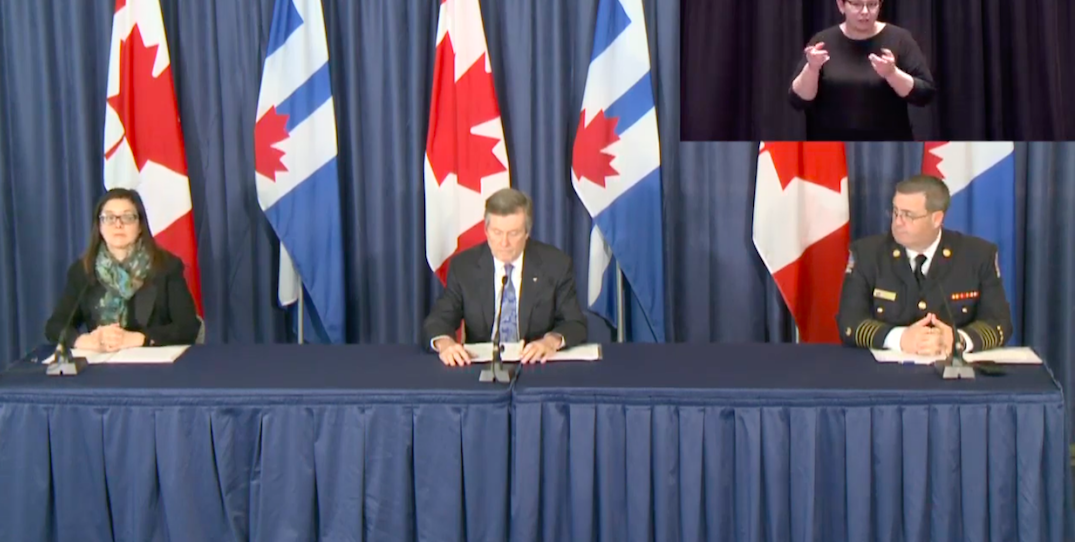 Exactly one month ago, on March 23, Toronto declared a state of emergency for the first time in its history to combat the COVID-19 pandemic.

At the time there were 304 total coronavirus cases, who were all traced to either recent travel or close contact. There were 14 patients in hospital with one reported death.

“The cases would be worse if we had not come together to protect each other’s health,” Toronto’s Medical Officer of Health Dr. Eileen de Villa said on Thursday.

De Villa recalled when the difficult decision needed to be made to call for a state of emergency, asking the residents of Toronto to take “extreme actions” to protect the city’s health.

“It’s my job to protect your health,” she said.

To date, there have been 4,000 case investigations and thousands more have been examined for their case contacts.

Mayor John Tory also noted the importance of the one month anniversary since the state of emergency was declared, saying it came at a “critical time.”

“We needed as many people to stay home as much as possible to protect the vulnerable and not overburden the healthcare system,” Tory said.

The mayor outlined in one month, 11 library-based temporary food banks have opened with support from the Toronto Public Library staff volunteers.

And, with the Red Cross initiative to help seniors in isolation, 750 two-week food hampers have been delivered and 900 residents have registered.

The Red Cross will also now be offering psychosocial support for seniors who are in “obvious distress.”

Tory also said that with the six childcare centres for essential workers, 300 children from 200 families have been looked after and there are plans to open up more centres soon.

As the pandemic continues, Tory mentioned that support will be needed from the Federation of Canadian Municipalities (FCM) for emergency federal funding, and that request is not to the exclusion of the Ontario government.

The FCM said that municipalities are facing a minimum of $10 to 15 billion in near-term, non-recoverable losses due to the pandemic.

Toronto is facing an estimated $1.5 billion impact by the end of 2020.

Tory said the FCM is asking for $10 billion in immediate relief which will help Toronto’s current economic situation.

On Monday, de Villa said that Toronto was in its peak of coronavirus cases in the general community, meaning that cases are not increasing exponentially.

There are fewer cases in the city than initially projected, which means that the physical distancing measures and closures are working to stop the spread of the virus.