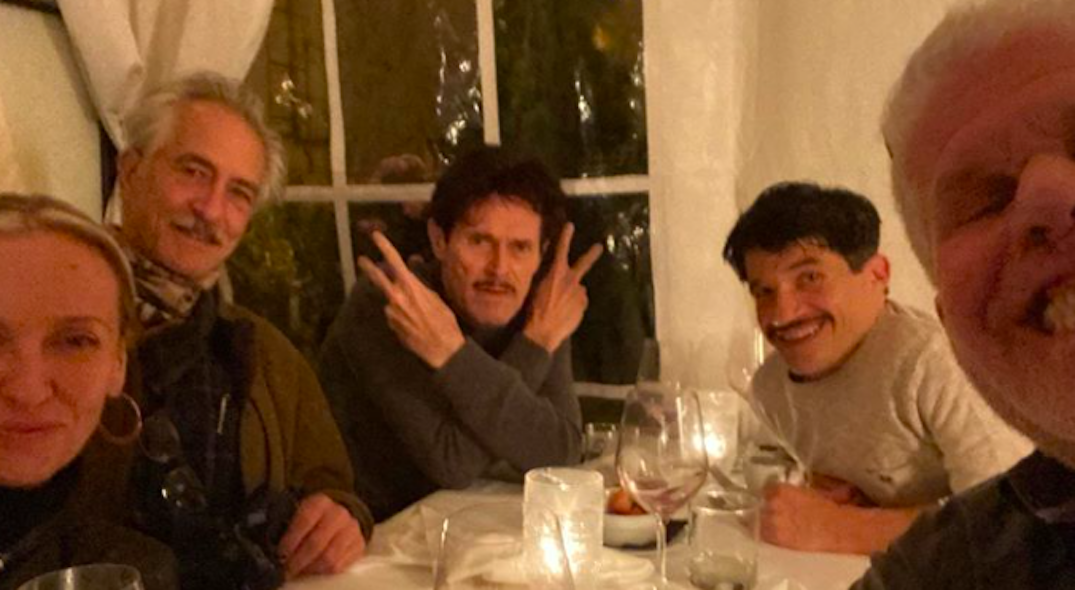 Looks like more celebrities keep getting photographed in Toronto.

According to IMDB, the film focuses on a young carny who has a talent for manipulating people, as he “hooks up with a female psychiatrist who is even more dangerous than he is.”

Earlier this week, some of the other actors were photographed at different patios in the city.

He wrote, “celebrating a great day with some great actors.”

Celebrating a great day with some great actors.

Another actor who is in the film, Clifton Collins Jr., posted multiple photos at another patio in the city with Perlman, Dafoe and Povinelli.

“After 2 months of working in sub temps, excitedly rising to new creative challenges, 30+ Covid tests, finally a night to catch up n laugh til your face hurts,” his caption read. “Always a humbling honor to work w this fraternity of thesps.”

The film also stars Rooney Mara, Mary Steenburgen, and Michael Shannon in a remake of this 1947 film noir.

According to the City, filming will continue until December 2, so there is still plenty of time to catch the movie’s stars working their magic on the streets of Toronto.