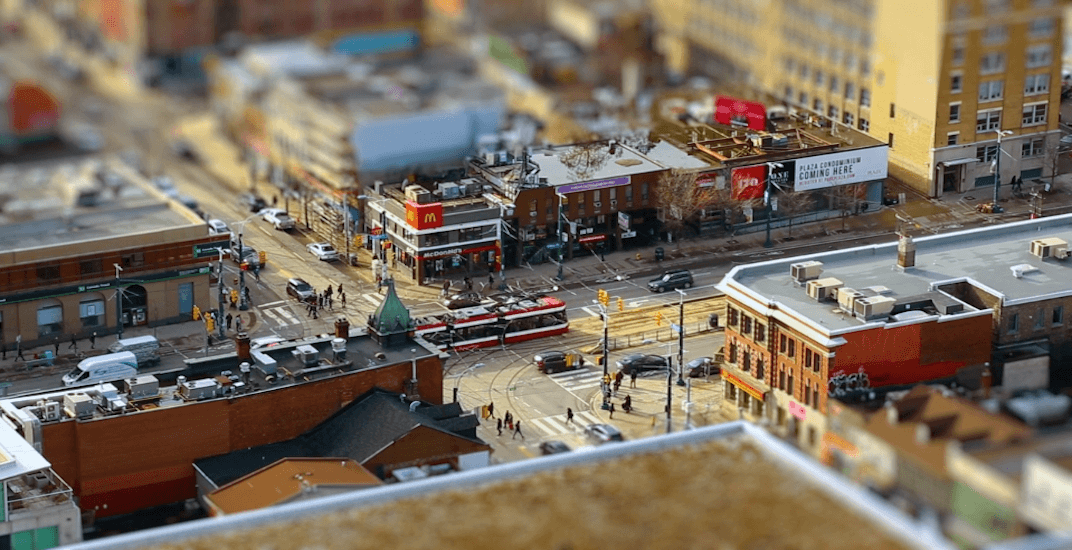 Whether you live in Toronto or you have yet to pay the city a visit, this epic tilt-shift video, that makes Toronto look like a glorious little toy town, is guaranteed to grab your attention.

Titled “Tiny Toronto,” the video features shots of a number of downtown spots, like bustling Queen Street West, the St. Mary’s Church, Spadina Street, and even a rooftop pool.

Set to the theme song from Curb Your Enthusiasm, the video was created by filmmaker Hisham Moel, who shot the entire video from one vantage point at his friend’s apartment.

And while it might look like the entire video was shot with a tilt-shift lens, Moel revealed on Reddit that the video was made using fake tilt-shift.

“No tilt shift lens was used, it was all created in post production in After Effects to create the look of tilt shift photography,” wrote Moel in the comment section on Reddit Toronto.

We won’t spoil any more of the Tiny Toronto video, just hit the play button below and enjoy.