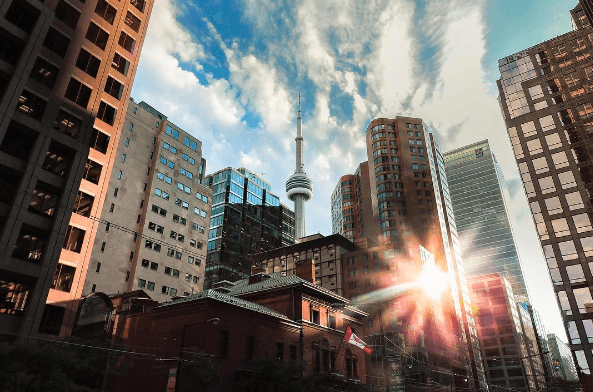 September is officially bidding farewell in 2016, and it’s time to welcome October. To celebrate both, this weekend is packed with awesome events and shows in Toronto – so make sure to get out there!

Have a great first weekend of October, Toronto!

The seventh annual Culture Days takes place this weekend, and will feature thousands of free, hands-on, interactive activities to discover the world of artists, creators, heritage experts, architects, curators, designers and other creative people in their communities.

Where:  Various venues
When: September 30 – October 2

If there are wedding bells ahead, check out this weekend’s National Bridal Show. The best planning resource in the GTA has everything from wedding registries, fashion accessories, food and more.

Hey Yogis! The Yoga & Wellness Show is in town and it’s all about healthy lifestyles. Learn, shop, and discover new products, gyms, nutrition, clothing and more.

Dust off your lederhosen and ring in the fall at the Gladstone’s classic knee-slapping Oktoberfest jamboree. Gladstone is turning the Melody Bar into a good ole fashioned German beer hall, featuring live Polka, pretzels, bratwurst, and of course, steins of beer!

Get ready to laugh your a*s off this weekend. Funny man Demetri Martin headlines tonight’s JFL42 at Sony Centre. If you haven’t come across Demetri Martin before, you might want to check him out.

Where: Sony Centre For The Performing Arts, 1 Front Street East
When:  September 30 at 7 pm

Another funny man in town for you this weekend is actor Craig Robinson. Known as Darryl Philbin on the Office, or perhaps his more recent role on This Is The End, Robinson is also bound to make you crack up on your Friday.

Where: Queen Elizabeth Theatre, 190 Princes’ Blvd
When:  September 30 at 9 pm

‘Tis the season! Join 5,000 others dressed in dirndls and lederhosen at Toronto’s largest Oktoberfest, celebrating Bavarian heritage with food, beer, music, and a fun fair modelled after the original Munich event.

Now in its 12th year, the homegrown annual song competition supports the independent Canadian musicians across the province.The TIMAs has been the platform for independent musicians to network, attain tools for success, and be discovered for over a decade.

Everyone had that one friend who played the Temper Trap’s single “Sweet Disposition” on repeat throughout 2009/10. The Aussie band released their latest album Thick as Thieves earlier this summer, and are in the 6ix this weekend.

Where: The Phoenix Concert Theatre, 410 Sherbourne Street
When: September 30 at 8 pm

The cult classic The Rocky Horror Picture Show comes back to the Bloor Hot Docs Cinema for its monthly screening. As always, we’ll be presenting the film with Toronto’s own Shadow Cast who will be performing their own satirical, comedic version of the film for audiences during the show. Find your favourite costume and “don’t dream it, be it.

Nuit Blanche Toronto is a free, annual, city-wide celebration of contemporary art, produced by the City of Toronto in collaboration with Toronto’s arts community, and takes place over one sleepless night from sunset to sunrise.

Where: Various venues
When: October 1

The Queen West Art Crawl features a weekend long festival of creativity and community. It’s designed to celebrate and promote the art, culture and diversity of Queen West in Toronto.

Everyone’s favourite practically perfect nanny takes the stage in this this Supercalifragilisticexpialidocious musical adventure! Relive your childhood at this live version of our favourite Disney movie.

Where: Lower Ossington Theatre, Stage #1 100A Ossington Avenue
When: October 1 to November 20

Where: Heritage Court (west end of Enercare Centre) at Exhibition Place, 100 Princes’ Blvd.
When: October 1 and 2

Tim Wheeler and the gang are back, and touring the 20th anniversary of their debut album 1977. Since then, Ash has released five studio albums including 2015’s Kablammo! The Northern Irish lads are on tour with Kestrels, and in town this weekend.

Where: Mod Club Theatre, 722 College Street
When: October 1 at 6 pm

The 7th Annual Salmon Festival
Join experts for a guided hike through the park as we enjoy the fall colours and try catch a glimpse of salmon swimming upstream. The Salmon Festival is a free, family-oriented event that has lots to see and do for all ages with community booths, vendors, children’s activities and food trucks!

Brits Glass Animals are bound to make you dance. The band has a talent for layering instruments and sounds. The result is a distinct sound heard throughout their debut album, Zaba, along with their latest release, How to Be a Human Being.