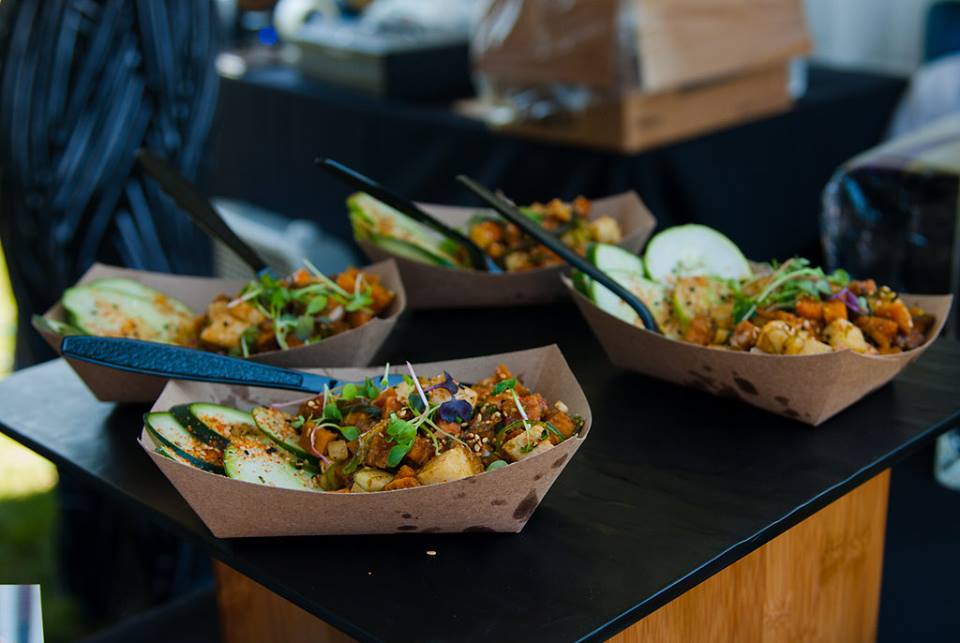 It’s been a hot week.

Heat things up more – in a good way – at one of these events and festivals happening around Toronto this weekend. From Food fests to fundraisers, and top it all off with some Sunday Yoga, here are some awesome activities to get you outside.

And as with earlier this week, keep that water near by the next few days. Have a great weekend!

Toronto’s own bass boys are back. It’s been a while, and now Zeds Dead are throwing a big party at Echo Beach tonight. Although a new album has yet to drop this year, 2016 saw the making of Zeds Dead’s new label Deadbeats. This is a rain or shine show.

Join a fan fundraiser party before each Tragically Hip concert in Toronto and support the Gord Downie Fund for Brain Cancer Research.

With 24 films from 13 countries, Toronto’s second largest film festival has something for everyone.

Where: Innis Town Hall, 2 Sussex Avenue
When: On now until August 14

Catch a ball game this weekend! The Jays are in town, so get this summer activity checked before the sunny days are gone. Don’t forget

Explore the rich and diverse cultures of the African continent. This year focuses on the traditional griot music of West Africa, augmented by rumba and other contemporary sounds, through a celebration of music, dance, film, literature, fashion and crafts.

We really are a city all about food. The fourth annual Pan American Food Festival showcases the best food products while celebrating cultural diversity of the Americas.

All vegan food and drink festival with lots of comfort food, craft bevies, and artists.

Hosted by Toronto’s beloved Steam Whistle Brewing, the Roundhouse Craft Beer Festival  samples the province’s finest brews with the accompaniment of some of the city’s best food trucks.

Where: Roundhouse Park, Toronto
When: August 13 to 14

The international YouTube FanFest lands in Toronto this weekend with a line up of local YouTube celebs. Free event with tickets, which can be claimed here!

People from around the world will come to Toronto to celebrate 45 years of Taoist Tai Chi practice together. From demos to dancing dragons, all events are free.

Organized by the York-Eglinton BIA, the street festival incorporates the local businesses and presents visitors a vibrant international market in the heart of the city.

Where: Eglinton Avenue West, between Marlee Ave and Dufferin Street
When: August 13 – 14

Can. You. Read. Festival

Can. You. Read. Festival is all about fostering increased literacy in the Toronto community, collecting food donations for the Canadian Red Cross Mobile Food Bank, and raising awareness. Music and storytelling on site.

Yoga on the Grounds at Spadina

A Pay What You Can Yoga beginner level hatha yoga class. End your weekend in calmness and om’s. Bring your own mat, towel, and water. Register early to guarantee your spot, call Spadina Museum at 416-392-6910.