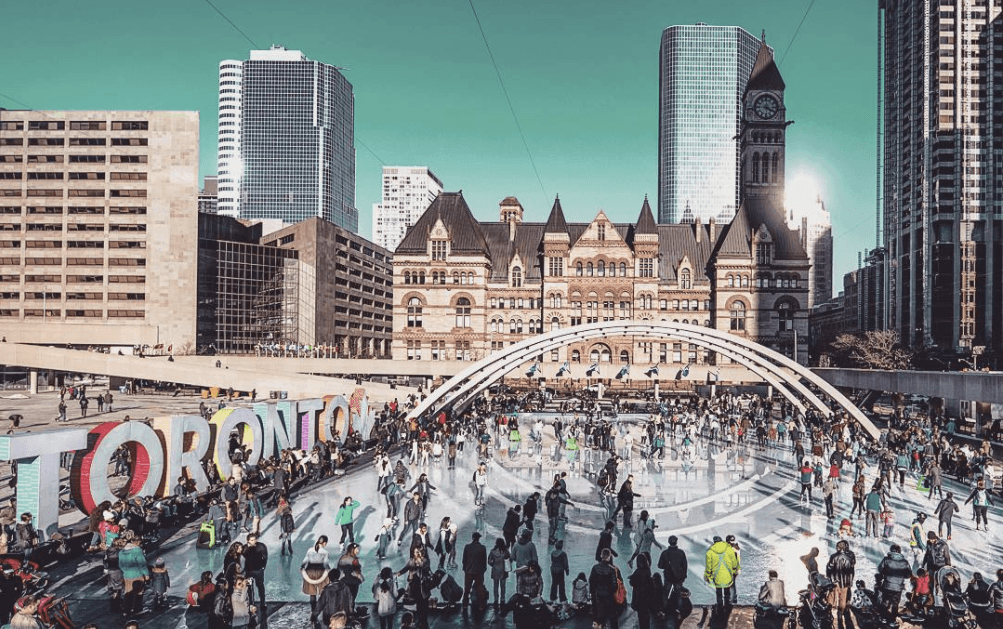 Check out what is happening in and around Toronto on this lovely Saturday!

Some animals love the cold, snowy weather and others have special ‘tricks’ for surviving the chilly winter months like: wearing special coats of fat, fur or feathers, leaving for warmer places or taking a long winter’s nap. Step inside where it’s warm and learn more about ways that animals in the Zoo and in the wild ‘chill out’ to get through the winter.

Charge your Patronus and transfigure from pose to pose, the Harry Potter Yoga Experience is back this weekend. This is the yoga event inspired by all things Potter. Bring your own mat, and Harry Potter themed wardrobe is encouraged!

The Curious Minds festival brings together cultural luminaries for inspirational and informative talks. See legendary Canadian journalist Naomi Klein, or sit in on a panel with the cast of hit TV show Orphan Black.

The 31st Annual Toronto International Bicycle Show is back! From March 3 to 5, you can test ride bikes and electric bicycles, practice on a Mini-Velodrome, and enjoy thrilling action events and features at the massive event.

Where: The Better Living Centre, Exhibition Place
When: March 4 to 5

Filled with antiques, vintage, retro (and loads of decorator finds), the event features a packed show floor and an inventory of “fabulous”!

Carnival Spice is starting a seven week “fit” challenge for those who are serious about transforming their health and fitness! The challenge is designed to be fun, energetic, and transformative, for both the body and mind all with a Caribbean twist.

Where: DanceLife X Centre, 619 Yonge Street
When: March 4 until April 15

Where: Different locations around Ontario (Road trip!)
When: March 4 to April 2

This special event is for the whole family, from toddlers to grandparents! Lace up your skates – hockey skates or figure skates – and have some fun! Remember to bring your own skates and a helmet, especially for younger kids! And if you get tired of skating, there will be face painting and other fun activities planned for kids!

You can now enter the world of Westoros with the Game of Thrones Live Concert Experience, which lands in Toronto at the Air Canada Centre. Using state-of-the-art technology, Game of Thrones composer Ramin Djawadi will take fans on a musical journey through the realm – all the way from King’s Landing to Winterfell and beyond.

Canadian band The Tea Party announced a 2017 national tour with a few stops in Toronto this weekend. The band is celebrating the 20th anniversary of their fourth studio album Transmission. The Juno nominated album was released in 1997, and included singles “Temptation” and “Babylon.”

Where: The Danforth Music Hall, 147 Danforth Avenue
When: March 4 at 7 pm

You are cordially invited to get your dance on! Come and meet your Juliet. Fall in love with Romeo. Lip sync with Mercutio or have a good time all by your damn self! There are no rules at this Queer Dance Party! Are you a Capulet? a Montague? Tybalt? Rosaline? Nurse? Be whoever or whatever you want to be at The Capulet Ball – just have a good time doing it.

Through his Emmy Award winning work on “So You Think You Can Dance”, Travis Wall has established himself as one of America’s favourite choreographers. His artistic direction of SHAPING SOUND has already produced one spell-binding show in Dance Reimagined which has captivated audiences all across North America. Now, Travis and SHAPING SOUND are back with their brand new show, After the Curtain.