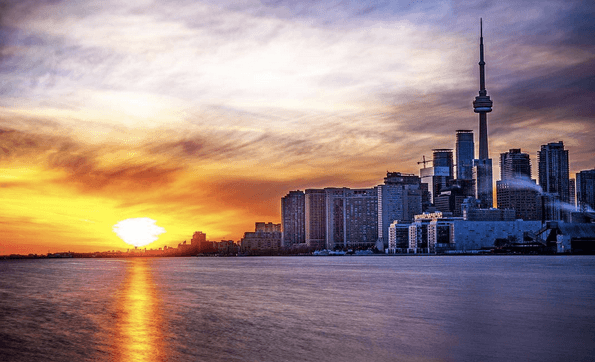 If you decide to go outside today, we commend you!

If you decide to Netflix and chill, we got you.

Either way, stay warm this freezing weekend. And if you head out, be sure to check out one of these events in Toronto today!

Sebastian Maniscalco – Why Would You Do That? Tour

2016 Just for Laughs Stand Up Comedian of the Year Sebastian Maniscalco continues spreading his laughs across North America on his WHY WOULD YOU DO THAT? TOUR.

Where: The Sony Centre for Performing Arts, 1 Front Street East
When: January 7 at 7 and 9:30 pm

Where: Factory Theatre, 125 Bathurst Street
When: January 7 to 15

A wonderland which enchants adults and children alike, the CHIHULY exhibition is the inspiration for holiday activities – and it is the last weekend to catch the fun. Make family memories that sparkle as you experience large glass sculptures, brilliantly coloured and dancing with light.

Where: Lower Ossington Theatre, 100A Ossington Avenue
When: January 7 and 8

Drake’s OVO label is having a rare sample sale this weekend. Jackets, fleece, tops, bottoms, and hats are among the items that will be on sale. Head down early!

Free family programming transforms the Young Centre through music, theatre and interactive experiences. Fun for everyone!

Our boys in blue return for a home game against the Montreal Canadiens. Catch the game this Saturday evening at the arena or your favourite pub!

Ab four-piece band featuring guitar, bass, keyboards and drums, Good Enough’s repertoire of 300 songs spans genres and eras. From Aerosmith and Tom Petty to Taylor Swift, Dr. Dre, White Stripes and everything in between, they play and you sing.

Everything 80s is coming back this weekend at the Turn Back Time video dance party! Think Michael Jackson, Queen, and of course, Wham! Get your costumes out and get the grooves on.