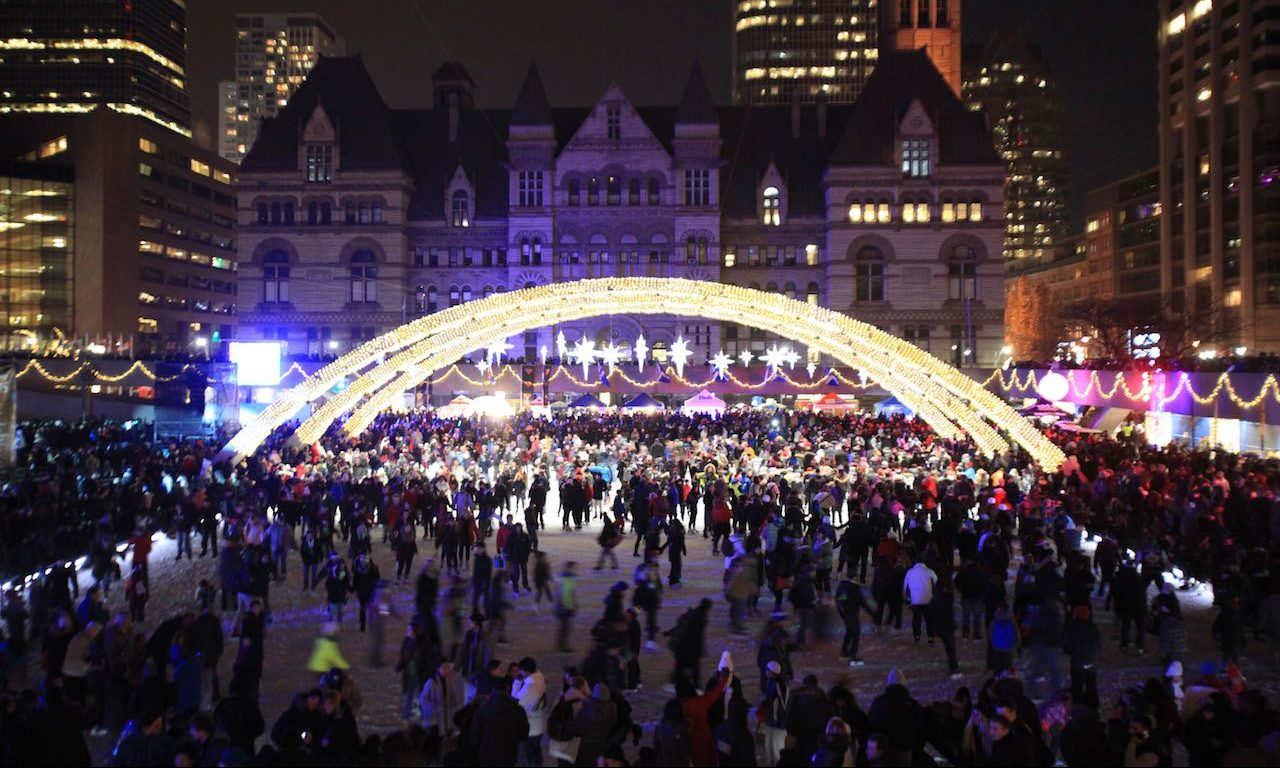 Cavalcade of Lights/City of Toronto

It’s the last weekend in November!

Don’t let the month slip away, check out these awesome events in Toronto this weekend!

This utterly enjoyable and globe-spanning jaunt follows Canadian actor and comedian Jay Baruchel (Knocked Up, How to Train Your Dragon) on an epic road trip through Canada, Ireland and Scotland with his new friend, well-known Irish soccer journalist Eoin O’Callaghan. Director Michael McNamara and subjects Jay Baruchel and Eoin O’Callaghan will be in attendance for a Q&A following the screening.

This season, Rally On Ossington is transforming the main gallery into a multi-brand pop-up experience for a one-stop shop. WISHLIST is conceived for designers and innovative entrepreneurs who desire a gallery setting and art installation-like space for their holiday retail shop.

Where:  12 Ossington Avenue
When: November 25 to December 24

The Art of Craft Beer

A first of its kind exhibit showcasing the fine art of Ontario craft beer! Organizers have paired the best in label art with the best in beer to bring you an unforgettable multi-sensory beer experience.

There will be a free screening of “A Stray” as part of the 14th Annual Regent Park Film Festival. The film goes through a human story of one man’s perfonal journey for belonging amidst uncertainty.

Tonight is the last Friday Night Live at the ROM… for this month. Check out the awesome music, party, and enjoy complementary access to CHIHULY.

There are a few Bowie Tributes out there, but none of them stand up to this one! David Bowie has influenced so many aspects of pop culture, in style, fashion, musicality, performance and both genre and gender bending. Spend the night at this special tribute evening.

The first ever RUDE! First Edition Queer Dance Party & Art Showcase will feature top female DJs spinning some queer femme realness on the dancefloor. Proceeds from the event will go to the Sprott House – an LGBT Youth Shelter.

Drone Fair Ontario is a 2 day event to celebrate drone technology in a fun and educational environment. The event brings together vendors, innovators, professional pilots and enthusiasts that will entice, educate and elevate drone technology. Yes, it’s in Oshawa, but worth the drive for anyone interested in drones!

Where:  University of Ontario Institute of Technology, Campus Recreation and Wellness Centre, 2000 Simcoe St N, Oshawa
When: November 26 and 27

Winter Folk Fair is a full day event and community gathering featuring artisans, vendors, musicians and singers who have come together to share the holiday spirit! Stock up on goodies for the holidays and check out beautiful wares made by folks in your community.

Find one-of-a-kind handmade and vintage products from York Region Artisans that are PERFECT for gift-giving, check it out at this weekend’s Etsy Country Christmas Market.

The 50th annual Cavalcade of Lights returns on November 26, and will feature the first lighting of Toronto’s official 60-foot Christmas tree along with some spectacular fireworks.

Where: Nathan Phillips Square
When: November 26 at 7 pm

Polaris Music Prize nominee and Toronto’s own Basia Bulat is at the Danforth Music Hall this weekend. The multi-instrumentalist is known for performing with an autoharp.

In a magical kingdom beneath the sea, a beautiful young mermaid named Ariel longs to leave her ocean home to live in the world above. Based on the classic Disney animated feature, Disney’s The Little Mermaid is a splashy musical extravaganza on stage! Fun for the whole family.

Where:  Randolph Theatre, 736 Bathurst Street
When: November 26 and 27

The Princess Bride Quote Along

A quote-along with The Princess Bride? As you wish! Classic film The Princess Bride will be screened with subtitles on, so you’ll know exactly when to say: “My name is Inigo Montoya, you killed my father, prepare to die!”

Melbourne, Australia the five-piece The Paper Kites have been making waves since releasing their EP Woodland back in 2011. With a second studio album, twelvefour, under their belt, The Paper Kites are now on a North American tour.

The Christmas Holiday Show brings unique exhibitors featuring decorating and entertaining ideas, jewellery and accessories, gourmet foods, condiments and seasonings, chocolates, desserts and unique holiday gift shopping. The kids will be able to visit Santa and his workshop and decorate their own Christmas ornament for free!

Where: Thornhill Community Centre, 7755 Bayview Ave, Markham
When: November 27 at 10 am

New York City rapper A$AP Ferg is bringing is Turnt & Burnt Tour to Toronto later this weekend. Ferg has been making waves since his album Always Strive And Prosper earlier this year, which features the hit single “New Level.” And as his name states, Ferg is a member of the hip hop collective A$AP Mob.

Where: The Phoenix Concert Theatre, 410 Sherbourne Street
When: November 27 at 8 pm

Lots of awesome local goodies will be available for all your gifting needs, and there will be free gift wrapping in exchange for donation of nonperishable food items.

Where: SH Armstrong Community Centre, 56 Woodfield Road
When: November 27 at 10 am