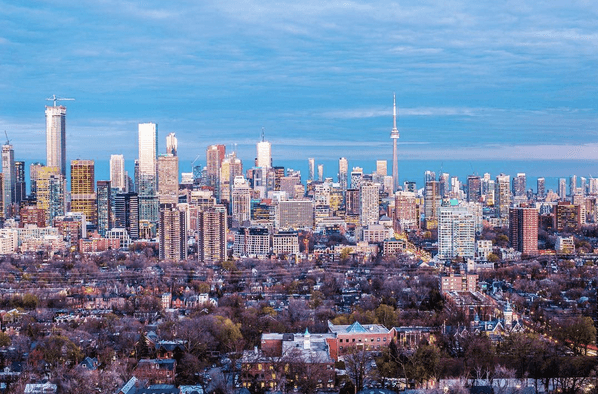 Forget the fact that it’s Friday the 13th.

It’s sunny and it’s the weekend.

With warmer (ish) weather on the horizon, get out there and check out what’s going on in the city this weekend!

Have a great one, Toronto!

If you’re looking for shoes, you might want to head to Markham this weekend. A massive designer shoe sale is on all weekend long!

No money? No problem! Check out tonight’s free screening of The Nice Guys at the Bloor/Gladstone library!

Where: Bloor/Gladstone Library, 1101 Bloor Street West
When: January 13 at 6 pm

Podium Concert Productions proudly presents the Tony Award®-winning musical The Secret Garden in concert for 3 performances only at the newly renovated and acoustically enhanced Trinity-St. Paul Centre/Jeanne Lamon Hall, with a world-class orchestra, hand-picked and led by Mark Camilleri, on stage with Canada’s brightest stars of stage and musical theatre.

It’s Friday the 13th! What better way to celebrate than a game of Jason Takes Manhattan!

The boys are in town! Check out the Raps as they take on Brooklyn tonight.

Start your weekend with a throwback! Ska punk band Reel Big Fish are back on the road. The 90s California band continue to tour relentlessly, playing shows and festivals all over the world. They return on a North American tour with Anti-Flag.

Where: The Phoenix Concert Theatre, 410 Sherbourne Street
When: January 13 at 8 pm

The passing of Leonard Cohen in November of 2016 was a blow to Canadian culture. The Hot Docs Ted Rogers Cinema is offering his fans a chance to pay tribute to this icon through the power of film with a screening of two feature docs and a series of shots about Cohen.

Calling all creatives! Throw off the shackles of winter hibernation, put on a pair of pants, and leave the house for an elegant networking event at the Gladstone. La Vie Boheme Cocktail Soiree is a party that celebrates the arts and seeks to bring the city’s artists together through jazz music and delicious cocktails.

Dutch DJ/producer Ferry Corsten has been in the electronic music scene since the early 1990’s. His trance beats have developed into progressive house, and last year he played some of the largest music festivals under his alias Gouryella. Check him out in Toronto this month!

Where: Union Nightclub, 473 Adelaide Street West
When: January 13 at 10 pm

Another awesome Friday the 13th event is at the Imagine Cinemas on Carlton! Head down for some pre-show fun and screams tonight.

Where: Imagine Cinemas Carlton, 20 Carlton Street
When: January 13 at 11 pm

Artist Meghan Thomas combines her background training as a makeup artist and body painter and transforms it into fine art paintings using airbrush and fluorescent paints which glow under UV light. Her canvases contain cultural imagery and are inspired by photographs and popular song lyrics.

This is no ordinary opening. The new bakery is giving out FREE cupcakes!

Celebrate winter at the Evergreen Brick Works! Eat, shop, play at this winter wonderland this weekend.

Bird on a Wire

Tower of Song: Remembering Leonard Cohen: Pay tribute to the legendary poet, songwriter and artist. Another day, another celebration.

From Broadway to Obscurity

For two nights only! From Broadway To Obscurity is a high energy, incredibly funny cabaret about making hard choices for the right reasons.

La Rumba Buena is a night dedicated to classic Latin sounds inspired by the salsateca in Cali, Havana and New York. No frills, pure vibes, and a non-stop dance floor open to anyone who catches the rhythm.

PULP : paper art party is coming to Davenport! PULP : paper art party 2016 will turn Geary Lane into a blue bin playground. PULP is a fundraiser designed to examine the current lifecycle of discarded materials and investigate alternative uses. This year, PULP will again be raising funds and supporting artists at the Evergreen Centre at The Yonge Street Mission, a drop-in centre for street involved youth.

This film should be played loud. An incredible piece on one of the U.K’s biggest bands, and a must see for any Oasis fan.

Dance and party like it’s 1999. This Bowie vs Prince dance party is sure to get you moving this weekend.

Where: Velvet Underground, 508 Queen Street West
When: January 14 at 10 pm

Good Enough Live Karaoke is back at the Gladstone for another round! No cover & 300+ songs to choose from!

Running and beer is a winning combination. There’s a 3k/5k/and 10k happening, and lots of beer flowing at Lansdowne Brewery on Sunday.

Screen Queens is one part Mystery Science Theatre one part Drunk History with a dash of Elvira and add lots of booze. Get ready to experience movies like never before!