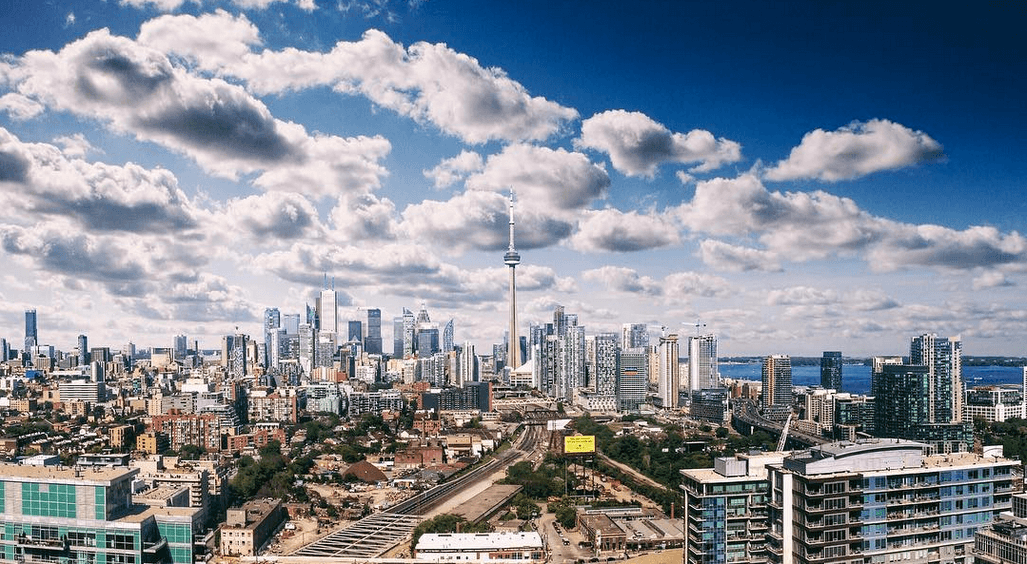 Super Bowl is upon us, and it’s the first weekend of February.

While it’s cold out there, be sure to check out what’s going on in the city this weekend! Have a good one, Toronto.

Toronto’s Distillery District has been transformed into a magical, glittering light festival filled with light installations by both local and international artists.

Where: Toronto Distillery District, 55 Mill Street
When: Now until March 12

For over 20 years, Harbourfront Centre has been hosting Kuumba, a Black History Month celebration, has sparked discourse and conversation around current and historical debates within the African-Canadian community.

Canada’s premier rock band Blue Rodeo will be hitting the stage of Massey Hall with special guests Ron Hawkins and The Do Good Assassins.

Where: Massey Hall, 178 Victoria Street
When: February 3 at 7 pm

Talib Kweli is more than just a hip hop recording artist. The Brooklyn-based musician is known for his work with Mos Def (or Yasiin Bey), Kanye West, and Pharrell Williams. This is a rare appearance by a music legend on “The 7 Tour.”

Where: The Phoenix Concert Theatre, 410 Sherbourne Street
When: February 3 at 8 pm

Enjoy an evening of free live music and pay tribute to the one and only Eric Clapton.

An unparalleled evening filled with entertainment, networking and socializing with proceeds going to support the Special Olympics Canada Foundation, Motion Ball is the must-attend event for young professionals this winter.

Where: Liberty Grand, Exhibition Place
When: February 3 at 9 pm

Following the massive protest earlier this week, this weekend will be no exception. This event is a national call to action to plan demonstrations in cities, Canada wide.

TSO’s annual Chinese New Year celebration will be paying tribute to the year of the Rooster this February. Long Yu, artistic director of the China Philharmonic Orchestra and music director of the Shanghai Symphony Orchestra will be leading the show.

Where: The Danforth Music Hall, 147 Danforth Avenue
When: February 4 at 7 pm

Calling all soca lovers, this is one partay you don’t want to miss. This family-friendly event is free and fun for all ages.

Celebrate the birth and the music of the one and only Gord Downie. Toronto’s Adelaide Hall will be hosting an epic celebration and will feature music from The Hip with proceeds from ticket sales going to support the Gord Downie Fund for Brain Cancer Research and the Gord Downie & Chanie Wenjack Fund.

Where: Adelaide Hall, 250 Adelaide Street West
When: February 4 at 8 pm

The Red Hot Chilli peppers are heading out for a huge world tour, making this their first road trip since 2014. This tour will be supporting their latest album “The Getaway” and it’s a show you won’t want to miss.

Where: Air Canada Centre, 50 Bay Street
When: February 4 at 8 pm

Where: The Drake Underground, 1150 Queen Street West
When: February 4 at 8 pm

Beer samples, food pairings, networking, and more with your ticket to the 1st ever Brews of the 6ix, raising money for Crohn’s Colitis Canada!

Good Enough is back with their live karaoke! Complete your weekend here, as they play, and you sing!

The world was shocked to hear Beyonce is pregnant with twins. Now you can celebrate at this Beyonce Pregnancy Announcement after party! Clinton’s will be playing Bey hives all night.

A Super Bowl Feast at One King West

Treat yo-self this weekend! It’s Super Bowl, and it’s time to get on the football bandwagon for just one day. Check out the fest at One King for a different kind of sports party.

Where: 1 King Street West
When: February 5 at 2 pm

Because choices are good.

Where: Various venues
When: February 5

If you’re interested in spending your Sunday afternoon immersed with beautiful music, head to the Royal Conservatory of Music for a day of free music.

Where: Royal Conservatory of Music, 273 Bloor West
When: February 5 at 2 pm

Get ready to get your laugh on: Kris Siddiqi and Kye Fox will be hosting a laid-back night of stand-up comedy with an open mic.

Where: The Social Capital Theatre, 154 Danforth Avenue
When: February 5 at 8:30 pm