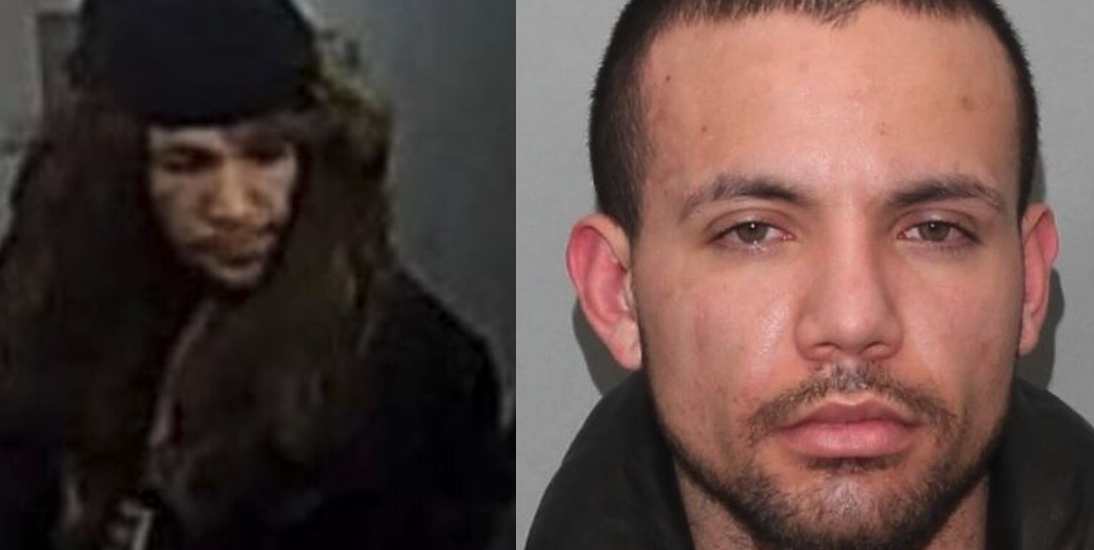 Toronto Police are looking for a man who often uses disguises like wigs, and is wanted on multiple warrants.

He has a number of tattoos, the most noticeable being a Pentagram on the back of his left hand, an unknown tattoo on the right side of his neck, two dollar signs on his left wrist, and the letters ‘DTA’ on his neck.

Police say he is known to wear disguises to hide his identity, including wigs and scarves.