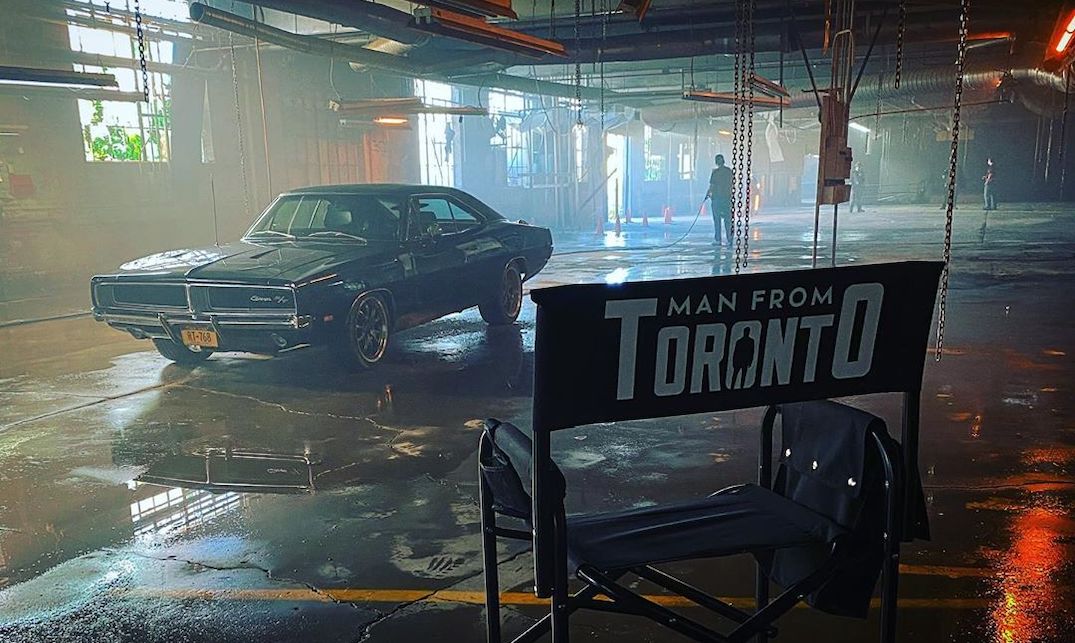 For the next three months, the duo — and Kaley Cuoco — are filming The Man from Toronto right here in TO.

The new movie from director Patrick Hughes, the man behind The Hitman’s Bodyguard and The Expendables 3, was originally set to be shot in the US, but production was moved to the film’s namesake city due to the ongoing pandemic.

According to IMDB, the movie tells the story of the world’s deadliest assassin (Harrelson), known as “The Man from Toronto,” and a man named Teddy (Hart) dubbed “New York’s biggest screw-up,” being mistaken for each other at an Airbnb rental. Hilarity ensues.

Despite the film’s title, it isn’t actually set in Toronto. This is far from the first time our city has played stand in for New York, having done so for films such as American Psycho and X-Men in the past.

Hughes confirmed the switch in filming location in an Instagram post in September, as did one of the film’s actors, Pierson Fodé, in a VLOG documenting his 14-day quarantine.

The director has been posting photos around the city, including scouting locations and scenic trips to Niagara Falls, for weeks as he explores his temporary home.

Production on The Man from Toronto started on October 12, and is slated to wrap on December 15, according to a list of Toronto’s current productions. The movie is set to open in theatres in September 2021, pending no further pandemic-related mishaps.