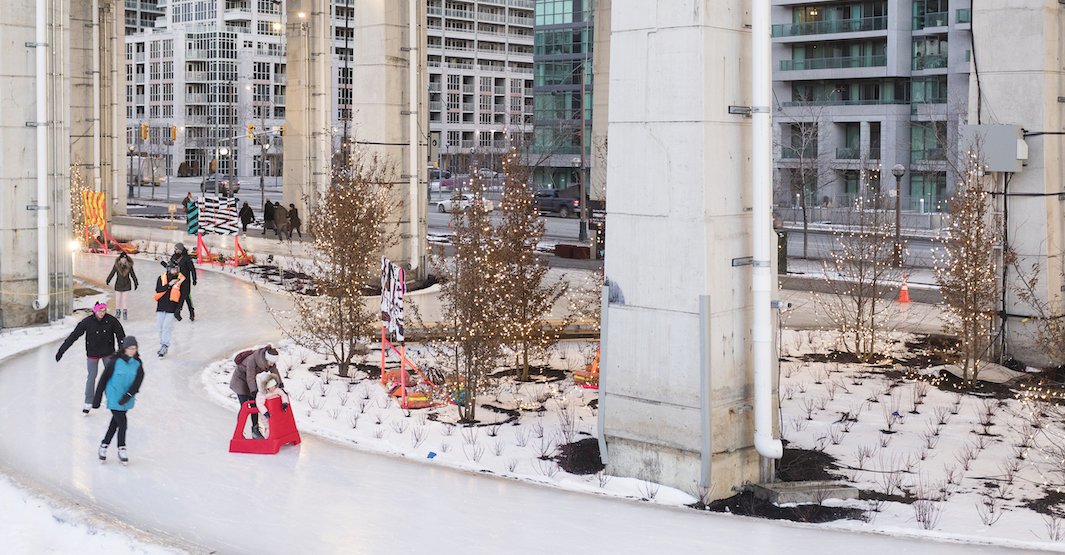 Get your skates ready Toronto, as The Bentway Skate Trail opens to the public this weekend. Opening to the for the third year in a row, Torontonians will be able to enjoy free public skating beneath the Gardiner Expressway, starting this Friday, December 20.

If you didn’t lace up and hit the trail last winter, The Bentway Skate Trail is a 220-metre long figure-eight loop located below the city’s busy expressway, giving Torontonians the opportunity to explore the once vacant and forgotten space from a whole new perspective.

During opening weekend, on Sunday, December 22 from 1 pm to 3 pm, skaters will have the chance to meet former Maple Leaf players and the team’s mascot Carlton, ahead of the team’s Next Generation Game on December 23. 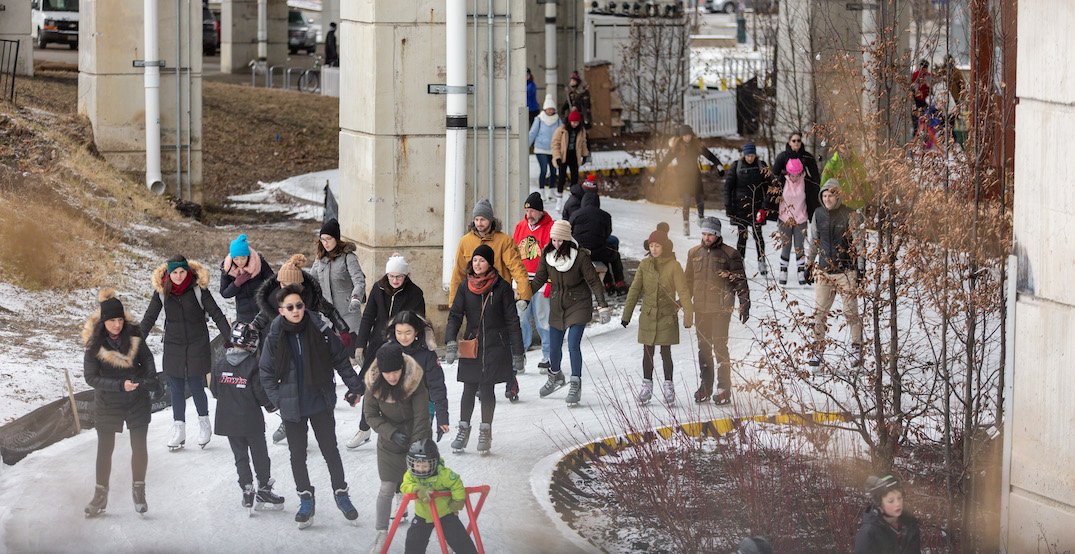 Throughout the holidays and the 2020 season, The Bentway will host a number of activities that everyone can enjoy, including a winter village, free skate days, the popular Polar Bear Skate, and more.

Over the holidays from December 20 through January 5, The Bentway will open up its skate trail seven days a week from noon to 9 pm.

An on-site winter village will offer hot chocolate and both alcoholic and non-alcoholic beverages for skaters and spectators while warming stations will help visitors get toasty before getting back on the ice. 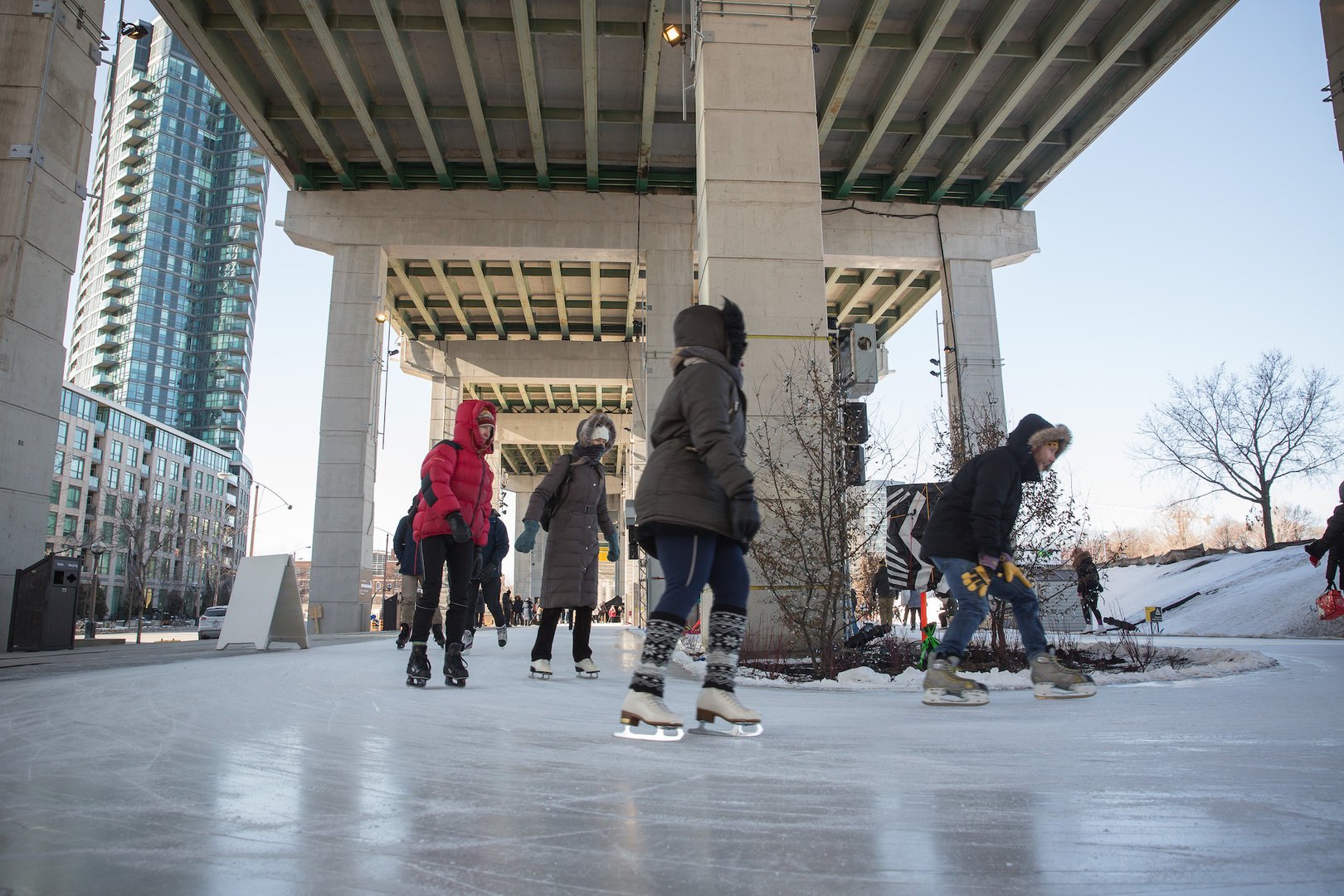 And don’t sweat it if you can’t skate. The Bentway will once again offer recurring free skate lessons for kids and adults. Or, if you don’t actually own a pair of skates, on-site rentals will also be available daily.

But the fun continues even after the holidays come to an end. Winter programming will run through February 17, and skate trail hours will shift to 5 to 9 pm on weekdays and noon to 9 pm on weekends. 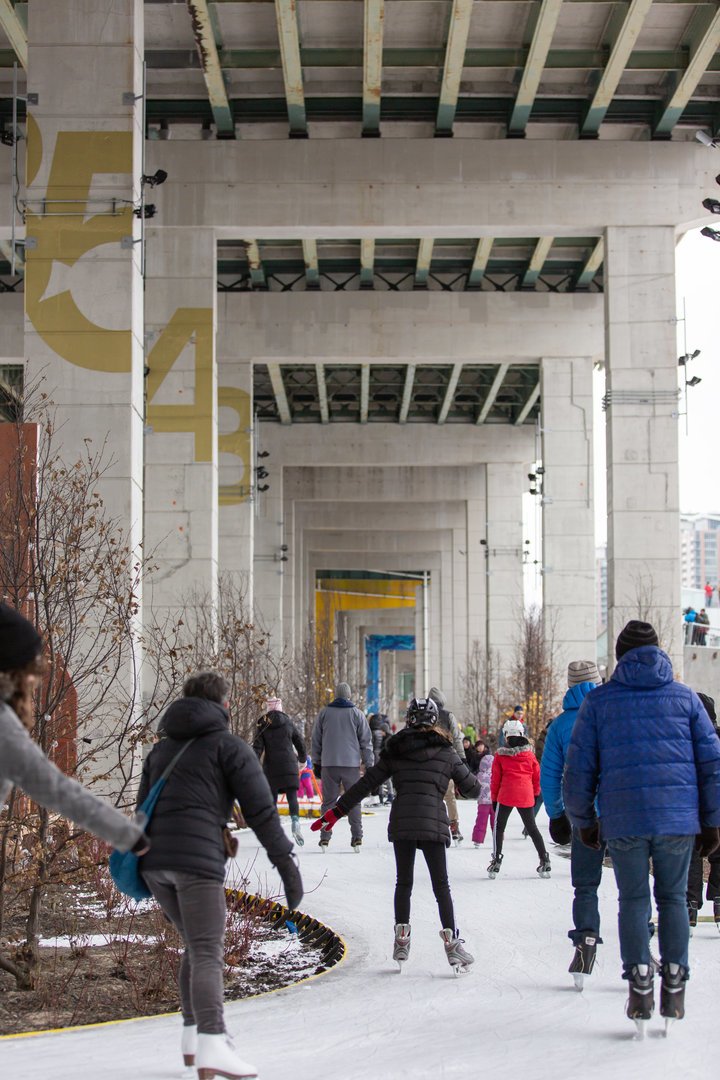 This year, The Bentway will host its second annual Polar Bear Skate on December 29, inviting adventurous Torontonians to skate the trail in their bathing suits for a refreshing — and unconventional — winter event.

All pre-registrants will receive a free hot chocolate, and of course, major bragging rights.

When: From Friday, December 20 through February 17
Address: 250 Fort York Boulevard