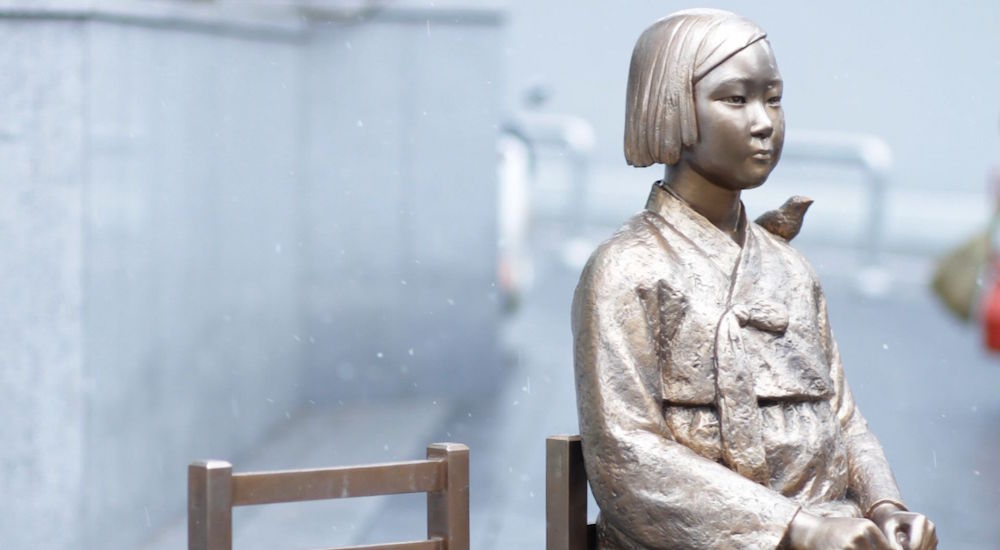 The Apology, a new documentary opening at Hot Docs Ted Rogers Cinema between December 2 to 12, sheds light on an unknown and difficult part of World War II history. The film brings forward the stories of the thousands of women who were sexually enslaved by the Imperial Japanese Army and kept in military brothels known as “comfort stations” during the war. Decades later, the film captures their ongoing fight for justice.

The all-women executive team was led by director Tiffany Hsiung, an award-winning filmmaker based out of Toronto. Hsiung spoke with Daily Hive about the importance of The Apology. 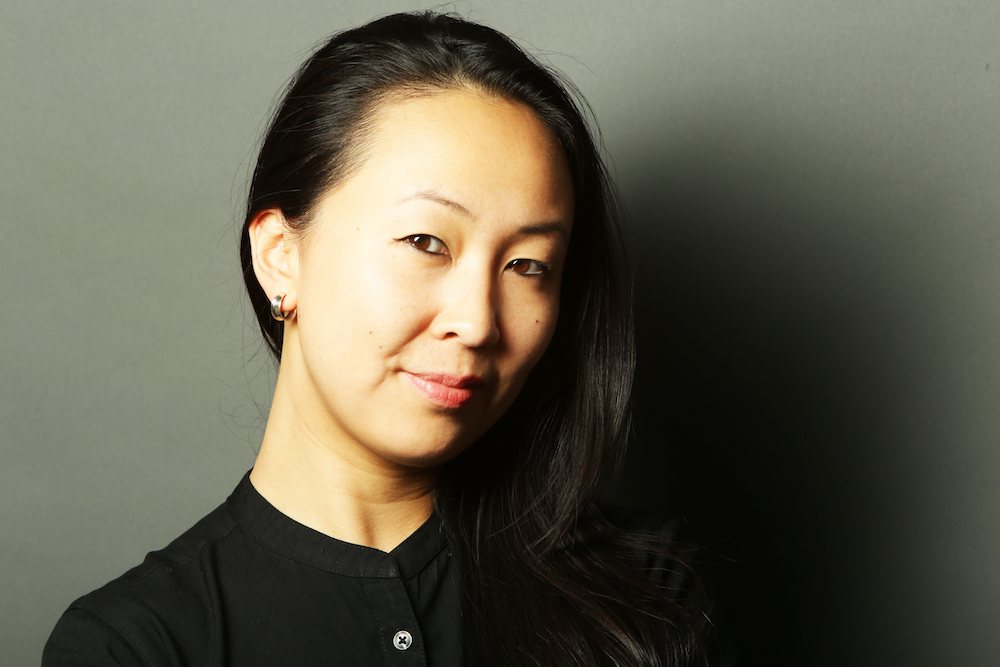 The documentary is “a story that focuses on the human spirit, the resilience, and the strength” as demonstrated through the stories of the women documented in the film.

While more than 200,000 women were forced into providing sexual services as “comfort women” during the war, The Apology follows the lives of three individuals. Hsiung often refers to each of them as “grandma”, explaining that it is common to give the title to older women in the Philippines, China, and Korea. 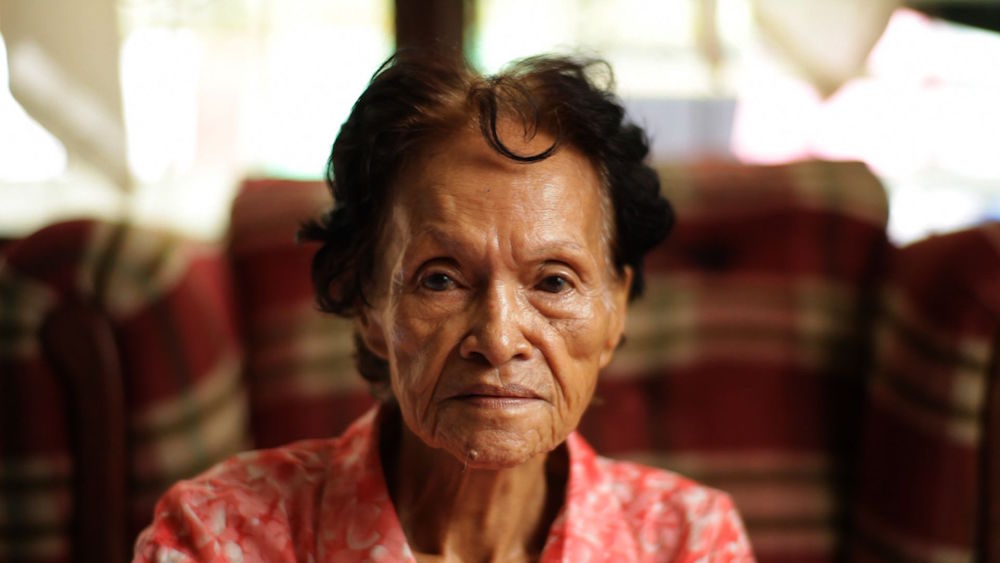 Each woman embodies courage in her own right, but it was one particular grandma’s story that stood out to the filmmaker. While most grandmas wish for an apology or compensation from the Japanese government, Grandma Adela from the Philippines wanted something quite different. “Her wish was to be able to tell her children one day,” Hsiung recalls. “That shocked me, because it was something that I hadn’t heard yet. And I could see it in her eyes, there was a big layer of shame and this feeling that her children would disown her.”

The shame felt by many grandmas with regard to their past augmented the challenges of making the film. “I wanted to give grandmas the space to show us what life was like, both after and right now. And I knew it wasn’t going to be easy. How do you document shame or that feeling of silence?”

This is perhaps why Hsiung took almost seven years to make The Apology. The bond that grew out of spending a long time with the three grandmas coupled with providing them with a safe, intimate environment to share their stories was important to the filmmaking process: “That’s what made it necessary for me to make this film. Being this Chinese woman able to operate that camera and spend time with them, versus having an invasive crew with me.”

Given the abuse endured by the grandmas during their days as comfort women, one would hope that their wish for an apology from the government would have been granted by now. However, things aren’t quite as simple as that.

Hsiung tells us that in 2015, the Japanese government issued an apology and promised compensation to the Korean grandmas. In return, the grandmas were asked to refrain from bringing up the issue internationally, especially to the UN. According to Hsiung, this went against everything the grandmas wish for—the awareness and education of their lived experiences during the war. 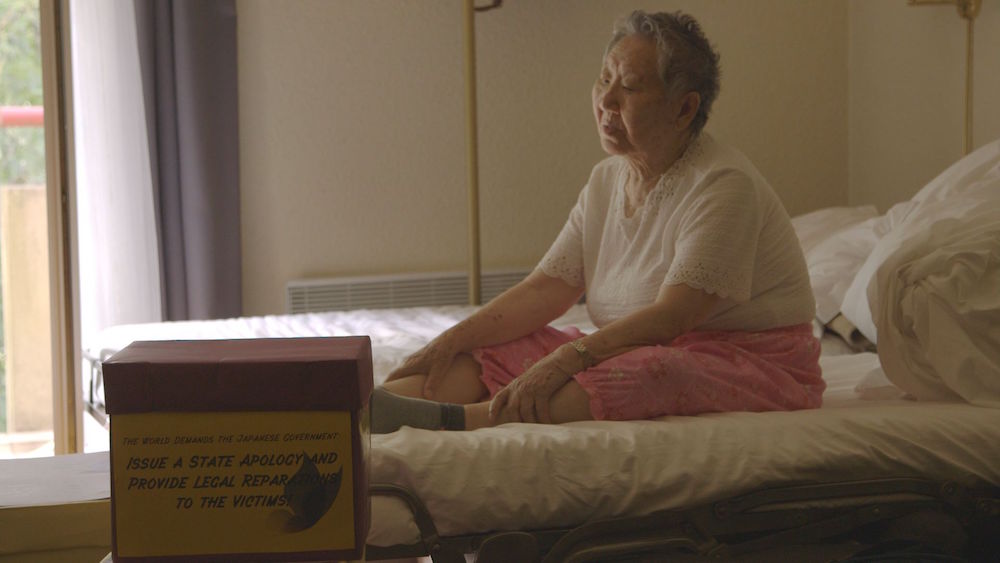 In bringing their stories forward, The Apology pulls away the curtain that has kept the grandmas’ stories hidden for so long; and, in so doing, it appears to have also played a pivotal role in their healing and plea for justice.

Hsiung hopes that their stories will inspire all of us, and especially give support to other victims of sexual abuse, who may feel encouraged to break their own silence. “Our goal was for people to remember these three women. For it to release sparks and necessary dialogue in how we contribute to this chain of silence among ourselves… and among those who have survived sexual violence and need a safe space to talk about it.”

Because, as we all know, not talking about sexual violence doesn’t mean it will go away.