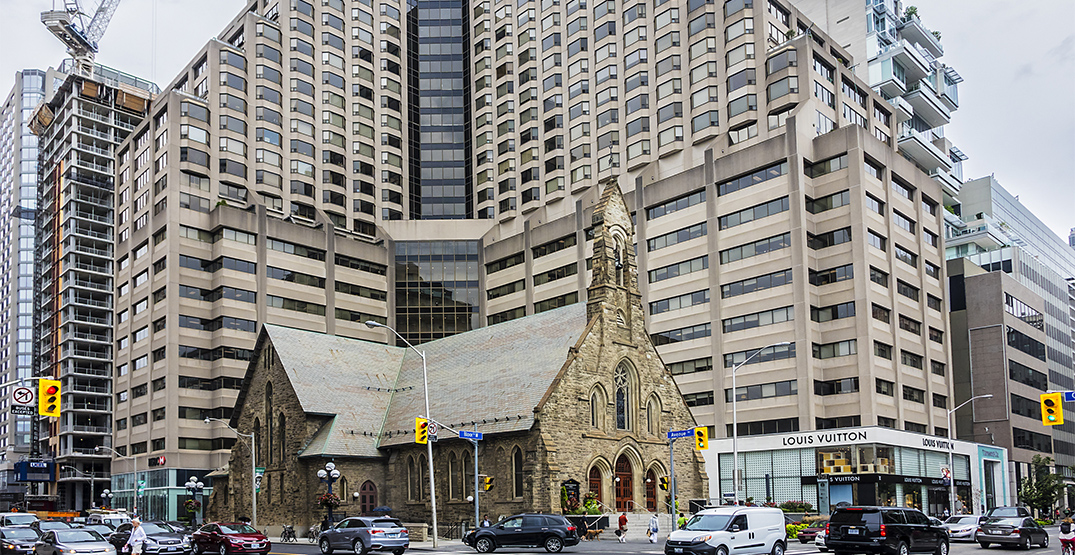 The crash happened at the intersection of Avenue Road and Bloor Street West. (Kiev.Victor/Shutterstock)

An 18-year-old cyclist was killed in a collision with a dump truck in Toronto’s Yorkville neighbourhood Wednesday evening.

The crash happened just after 6 pm at the intersection of Avenue Road and Bloor Street West, according to Toronto police. He died at the scene.

Officers say the teen was biking in the northbound curb lane of Avenue Road and the 50-year-old dump truck operator was also in the curb lane and struck the cyclist.

Officers closed the intersection for several hours while they investigated.

“Police are requesting local residents, businesses, and drivers, who may have witnessed the collision or have security or dash-cam footage of the area or incident, to contact investigators,” police said in a news release.