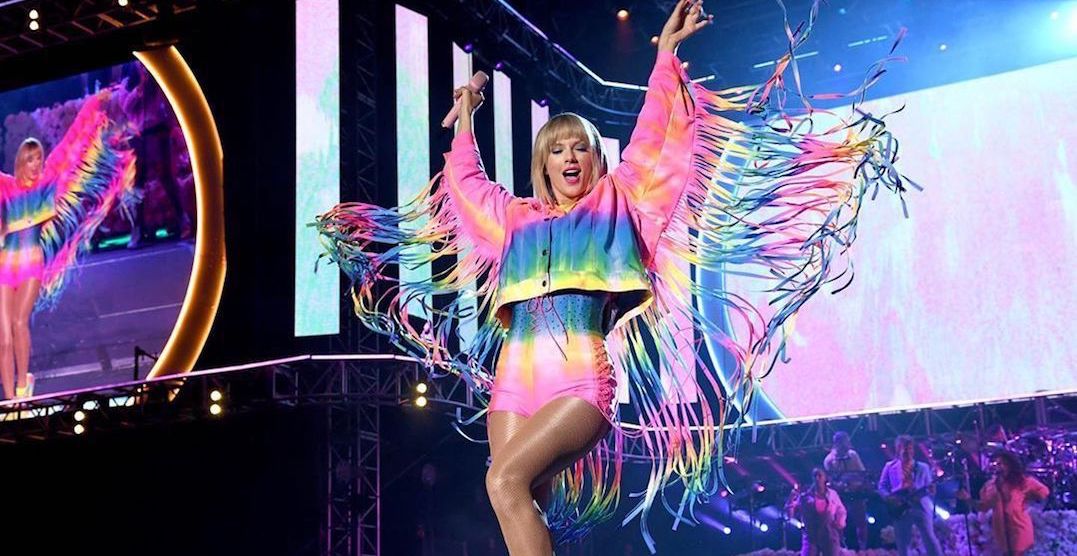 Taylor Swift just released her seventh studio album, Lover, and parts of the record have roots in Canada.

The album is helping to fund programming at Toronto’s Regent Park School of Music (RPSM), as the song “It’s Nice to Have a Friend” includes voices and instrumentation by students at the school.

“Words can’t describe how thrilled we are to hear our students on Taylor Swift’s new album,” says Richard Marsella, Executive Director, Regent Park School of Music in a release.

“This exposure is raising awareness and much-needed funds for the Regent Park School of Music. The royalties we receive from the use of our composition in the song will help fund musical education, and for that, we are truly grateful.”

Earlier this year, the school composed 11 pieces with Grammy award-winning producer Frank Dukes, one of which is used by Swift on the track.

Students worked alongside Dukes using a combination of steel pan, harp, organ, voices, strings, horns, and other sounds to create the compositions as part of an album called “Parkscapes.”

When Dukes shared one of the compositions with Swift, she opted to use it for her album. Reportedly, she loved the music, and that she would be able to support the students at the school.

“It was great to experience what it’s like to be in a real music studio environment,” says Mwinyi, who has been a guitar student at RPSM for 10 years. “And it’s amazing to see the very different approach Taylor Swift took to the composition that we made.”

The “Parkscapes” album is named from a mash-up of the expression “sonic landscapes” and “Regent Park” and is hosted on Dukes’ Kingsway Music Library, which is home to original compositions by the music producer and composer.

Every time the album is purchased, licensed or sampled royalties go to the school to fund musical education. The composition Swift used in “It’s Nice to Have a Friend” is track 11, “Summer in the South.”

“The album is comprised of a series of sparse, melancholic compositions that are ripe for use by contemporary music producers and artists,” says Dukes. “It’s incredible to hear one of the world’s most popular artists using the RPSM students’ music as a part of her own song.”

In addition to incorporating the students’ work into her own, Swift also made a generous donation to the school.

You can listen to the original track here, and check out Swift’s take below.