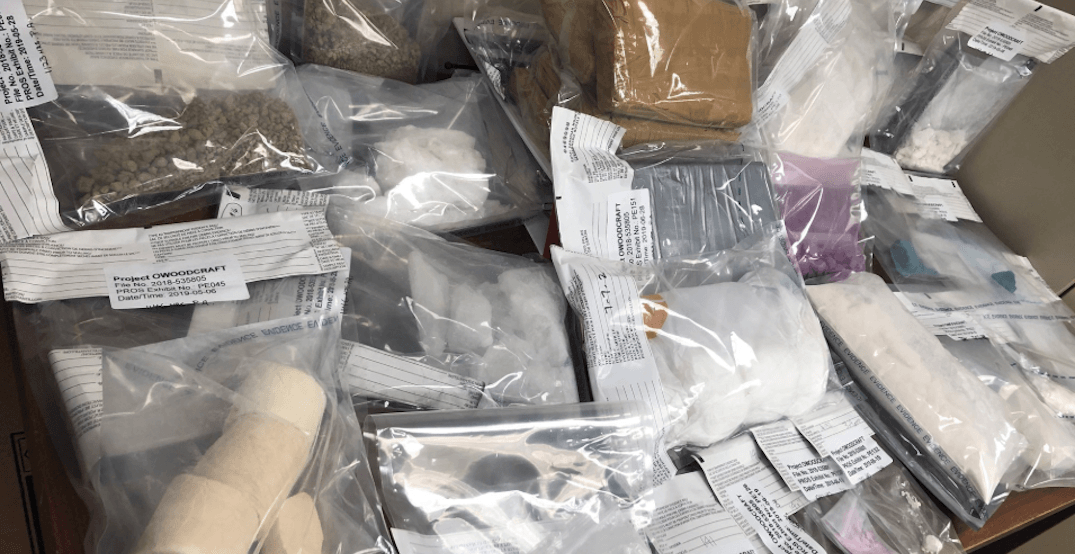 Two Sunwing employees were among 11 recently charged in a major drug bust.

According to the Kitchener RCMP, an undercover operation infiltrated several high level drug trafficking groups supplying fentanyl and other drugs to the GTA and Southwestern Ontario.

Police say they also uncovered members of a cocaine importation ring working out of the Toronto Pearson International Airport.

This investigation, dubbed project OWoodcraft, has seen the Kitchener RCMP charge 11 people with 40 offences including: trafficking in fentanyl, carfentanil, heroin, cocaine, and methamphetamine as well as attempting to import cocaine.

“Undercover operations during this project saw police purchase approximately nine kilograms of fentanyl and several kilograms of other illicit drugs over several transactions,” said the RCMP, in a release. “These drugs could have been diluted significantly, meaning a much higher drug volume would have been distributed to the streets.”

Overall, the RCMP seized approximately 10 kg of fentanyl, 1.3 kg heroin, 1 kg methamphetamine and 30 kg of marijuana as well as smaller amounts of carfentanil and cocaine.

Police say the street value of the seized drugs is estimated to be $10 million.

Approximately $400,000 in cash was seized as part of the investigation, as well as three cars worth approximately $170,000.

The two Sunwing employees were arrested worked at Pearson Airport. They are charged with attempting to import cocaine and trafficking cocaine.

“Those who traffic in illicit drugs destroy lives and impact the safety and security of our communities. The RCMP and our many partners will continue to work together closely to eradicate those dangers,” said C/Supt. Michael LeSage, Criminal Operations Officer for the O Division RCMP.

“Project OWoodcraft demonstrates how the efforts of law enforcement agencies, other government departments, and private sector partnerships at a local, national and international level, can work effectively to combat crime.”