Every week there are subway closures, and it looks like even more are planned for 2021, pending approval.

The recommendations are headed to the TTC Board on December 15, where it’s been recommended that the 2021 subway closure forecast be endorsed.

According to the report, the continued closures will focus on the automated train control (ATC) signal system, the Eglinton-Crosstown LRT, and various state-of-good-repair work.

“The TTC is committed to providing safe, reliable and efficient service. In order to do so, the TTC performs regular inspections and repairs to its infrastructure nightly at the conclusion of subway service,” the report reads.

Additionally, based on TTC ridership data, there are fewer customers travelling on weekends than weekdays, resulting in weekend closures being minimally disruptive.

The planned closures include 37 full weekend closures, including three back-up closures. There will also be two single-day closures and six late Sunday openings. As well as 197 early weeknight closures. 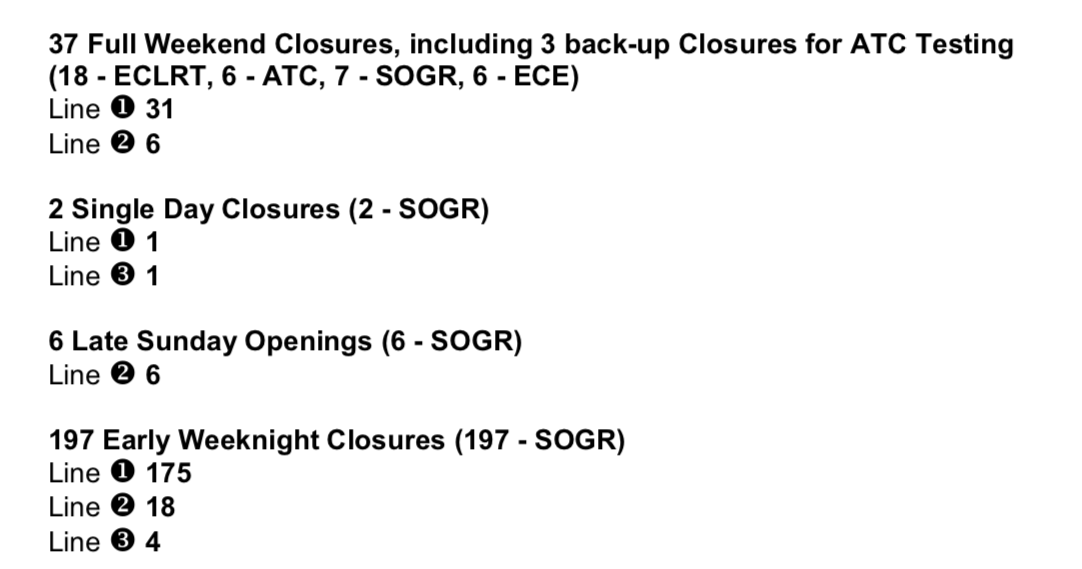 The subway closures facilitated work on Lines 1, 2 and 3, of which a significant amount of work was carried out on Line 1 to advance the state-of-good-repair projects and the ATC project as of October 3, 2020.