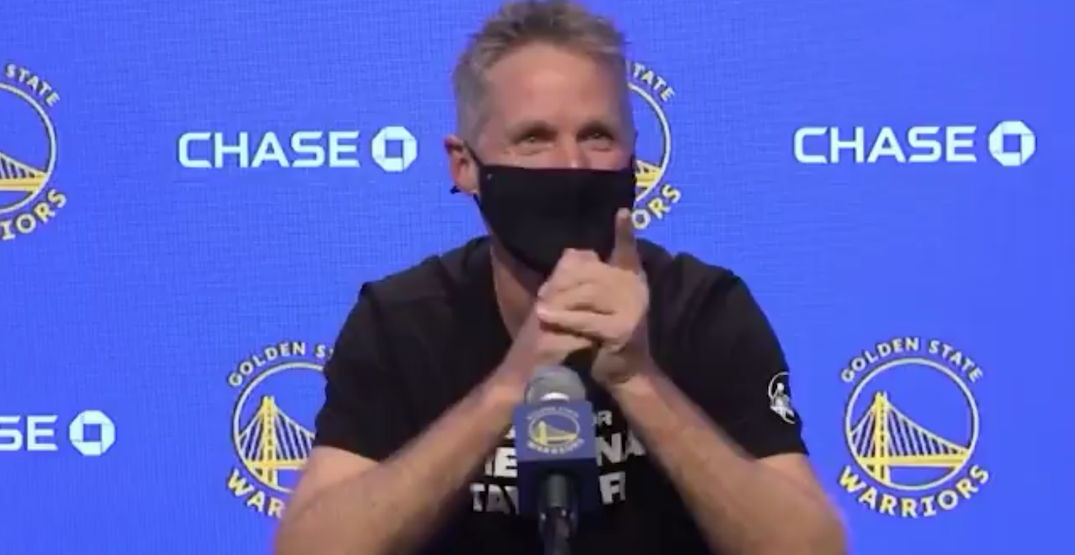 A diehard fan of the Toronto Raptors, Drake was once fined by the Golden State Warriors.

Warriors head coach Steve Kerr made this revelation prior to Sunday’s game against the Raptors in San Francisco, a rematch of the 2019 NBA Finals.

Kerr told a story about a time that Stephen Curry and Draymond Green were late for the team plane. It turned out that both players were chatting with Drake in the parking lot of the arena after a game.

"Unbeknownst to me, Steph decided to use one of his slots for Drake."

Steve Kerr tells an incredible story about that one time Drake joined the @warriors on their team plane home from Toronto. 😅 pic.twitter.com/LhaaJe7JR1

During that time, there was a rule where players could bring a friend “a couple of times a year,” with them while flying, said Kerr.

“Drake got on the plane that night with Draymond and Steph, and I fined all three of them for being late. And Drake paid his $500 fine. You can ask him that. True story,” said Kerr.

"Me and Draymond were definitely late… I think he (Drake) put it in a song 'Him taking the team plane from Oracle' " my follow up w/ @StephenCurry30 about Coach Kerr's story earlier today fining Drake, Steph and Draymond $500. #ABC7Now #DubNation

“Me and Draymond were definitely late just chatting up with Drake,” Curry told ABC 7 sports reporter Chris Alvarez. “I think he put it in a song.”

The song is called “Free Smoke” off of Drake’s “More Life” album.

The lyrics go, “I know the question rhetorical. I took the team plane from Oracle.”