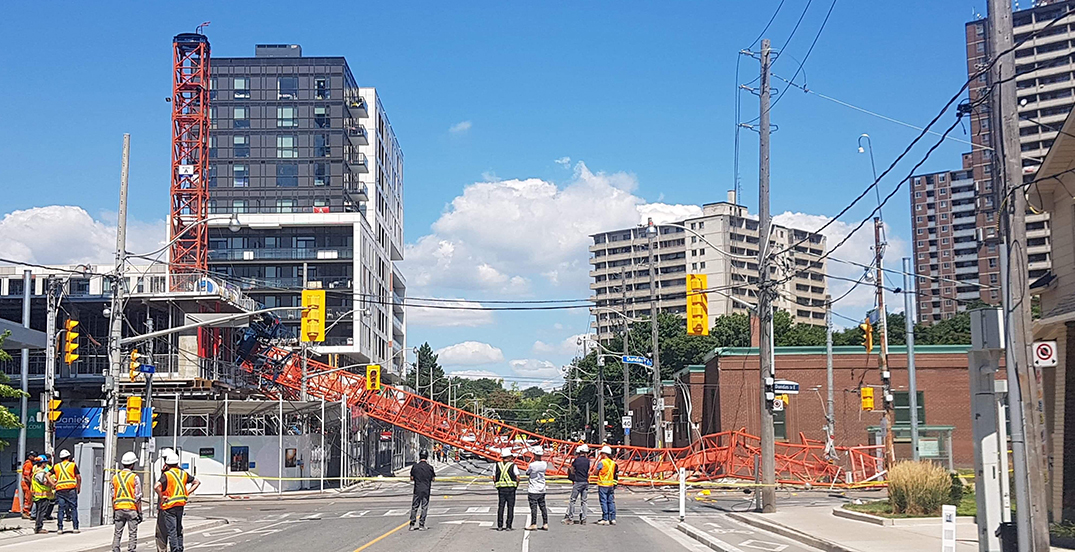 According to police, there have been reports of a crane collapsing at the intersection of River Street and Dundas Street.

At this time, they say that injuries are unknown.

The TTC is also reporting service disruptions in the area due to downed powerlines. Currently, the 505 Dundas is being detoured eastbound via McCaul, Queen, and Parliament and westbound via Parliament, Queen, and Spadina.

So this just happened less than 100 yards from my place. Miracle there were no cars or pedestrians there (it is a streetcar stop and it’s a busy intersection). Huge construction crane in Regent Park. River/Dundas. Toronto pic.twitter.com/lZfEfGbloG

Drivers and pedestrians are asked to avoid the area and road closures are in effect.

Police will be notifying the Ministry of Labour, they said on Twitter. 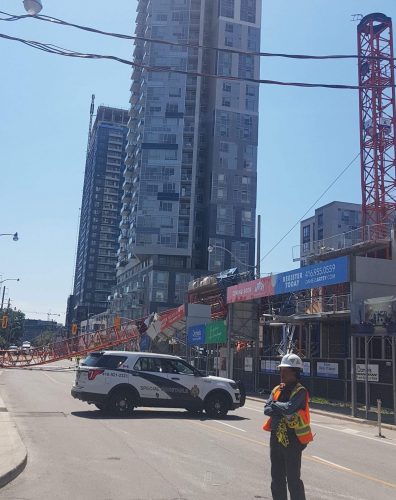 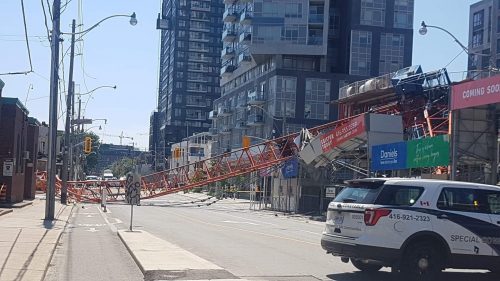 Daily Hive has reached out to Toronto Medics for more information and will update accordingly.