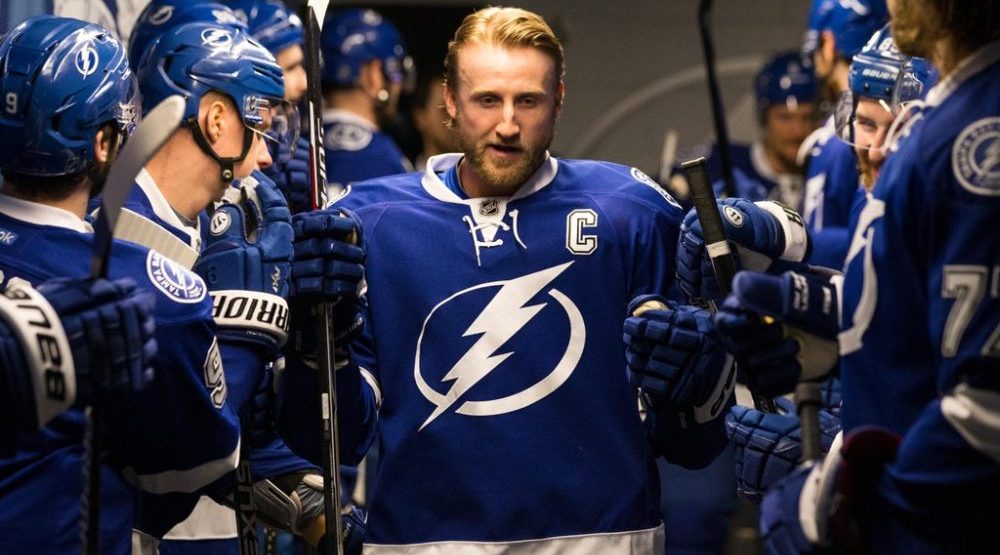 The dream of many fans to see Steven Stamkos come to the Toronto Maple Leafs will remain as just that; a dream.

On a crazy day in the NHL that also featured two blockbuster trades, it was announced that Stamkos has chosen to stay with the Tampa Bay Lightning.

Cancel the Stamkos Sweepstakes, he has decided to return to the Tampa Bay Lightning. #TSN

The supposed deal will pay Stamkos $8.5 million per season, much less than what other teams, including Toronto, were reportedly willing to offer. The Lightning however, were the only team allowed to offer eight years, and that’s what they did.

This news ends the mounting speculation that the 26-year-old native of Markham would be willing to come play close to home with the Leafs.

The ‘Stamkos to Toronto’ rumours were running wild all season, but fuel was added to the fire when Stamkos liked a tweet that mentioned the Leafs should pursue him, which he later said was an accident.

#TBLightning Stamkos on Toronto tweet "like." "It doesn't look great. But I'm telling you guys that it was an accident."

Stamkos would certainly help speed up the rebuild in Toronto, but the money he’d command on a seven year deal could have very well hurt them down the line financially. Long-term, this may be for the best

Plus, the Leafs have other things to look forward to these days…

Hey Toronto, heard you didn't get Stamkos and are looking for a franchise player. Oh wait… pic.twitter.com/I4Wu5fB9J6