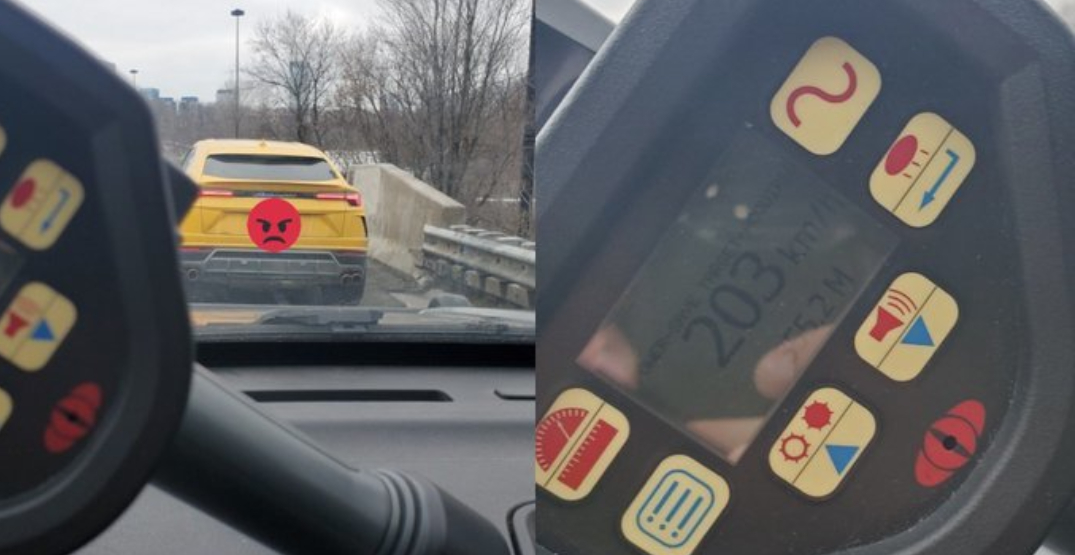 Toronto Police pulled over a novice driver in a Lamborghini SUV allegedly going more than double the speed limit on a highway.

The 25-year-old class G2 driver of a Lamborghini SUV was stopped this morning for 203 km/h in a 90 km/h zone on the Don Valley Parkway. He has been charged under the Criminal Code for Dangerous Operation as well as Stunt Driving. He has lost his vehicle and licence for 7 days. pic.twitter.com/SJUrrK8abi

Matthews said the 25-year-old driver of the luxury vehicle only held a G2 licence.

The driver has been charged under the Criminal Code with dangerous operation of a motor vehicle and stunt driving, and has lost his car and licence for seven days, the officer said.