A Syrian restaurant on Queen West has been forced to shutter after receiving “hate messages” and “death threats.”

According to an Instagram post, the eatery has made the choice to close permanently in order to maintain the safety of family and staff. 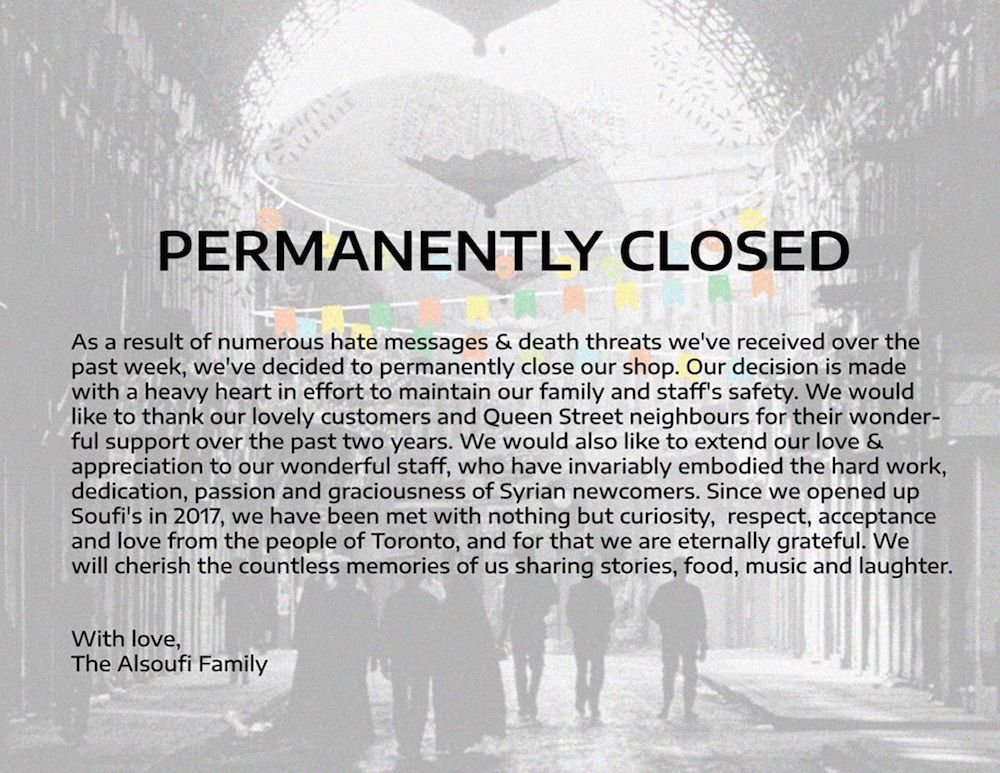