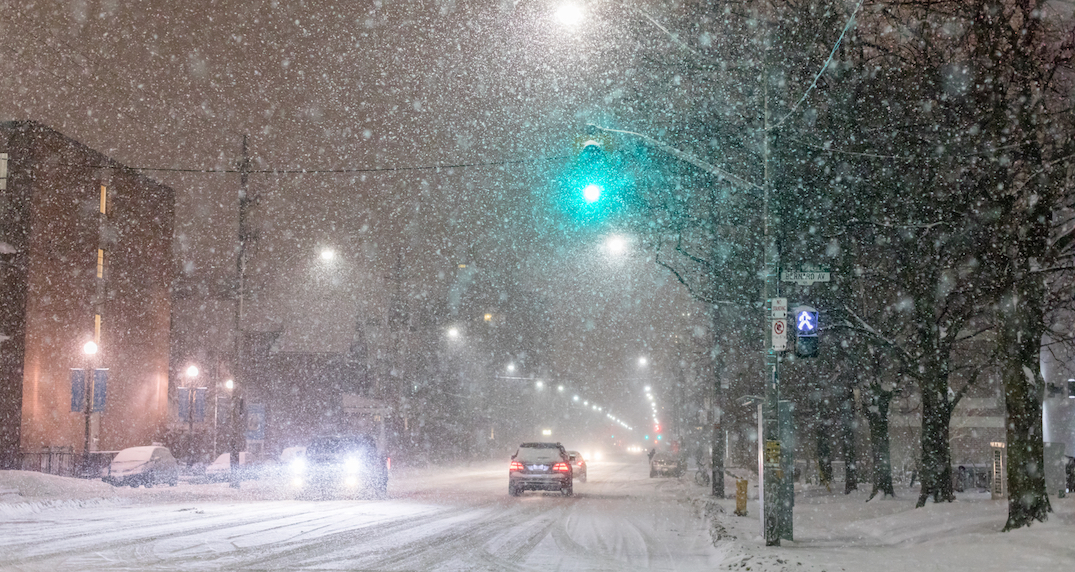 We have barely gotten over last week’s snowfall, and there is already another one on the way.

According to The Weather Network, there will be a burst of snow hitting southern Ontario this Friday.

This round of snowfall is expected to be much less significant but expected heavier bursts could still be enough to affect commute times throughout the day on Friday.

Parts of Ontario may still be digging out from the potent, wintry blast that ushered in December, with eyes now on a clipper system that will round out the week. #ONstorm #ONwx

“The snowy blast comes courtesy of a weak clipper system, which will enter and exit the province much faster [than last week’s snow storm],” says The Weather Network meteorologist Dr. Doug Gillham.

The snow is expected to approach the Lake Huron shoreline before the sun rises on Friday and will continue to make its way east across Ontario towards Toronto while creating messy conditions in the GTA, just in time for the morning commute.

Overall, only one to three centimetres of snow is expected to hit the ground in the GTA, but  The Weather Network says that it will be enough to slow travel times – so plan accordingly.

Looking ahead to next week, The Weather Network says that although it will be sunny and will feel “seasonably chilly,” in Ontario, wind-chill will make it feel even colder.

“Temperatures will be on the cool side of seasonal early next week as well, but no significant systems are in sight,” says Gillham. “As we look ahead to the middle of December, it looks like our temperatures will trend even colder.”

So you better take out your winter coat and snow boots – it’s about to get chilly.