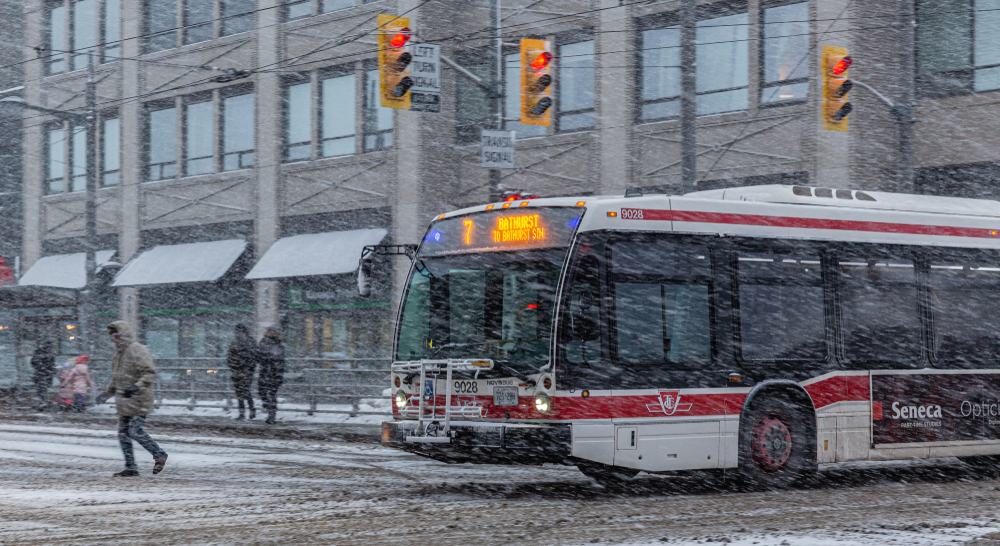 November has been considerably mild in southern Ontario this year, but winter will be on its way starting with a possible snowstorm next week, according to The Weather Network.

There will be plenty of sunshine and above seasonal temperatures across the southern part of the province this weekend, but starting next week temperatures will drop, and you’ll need to take out your winter coat.

A storm is developing along the Gulf Coast of Texas and will be making its way northeast towards the Appalachians and into southern Ontario by next Monday.

“A blocking pattern over the Atlantic will trap the system and cause it to stall in the vicinity of southern Ontario through the middle of next week,” said Weather Network meteorologist Dr. Doug Gillham.

Toronto is forecast to see up to 20 mm of rain on Monday, ending the month of November.

As for the first day of December, the city is expecting up to 4 cm of snow. 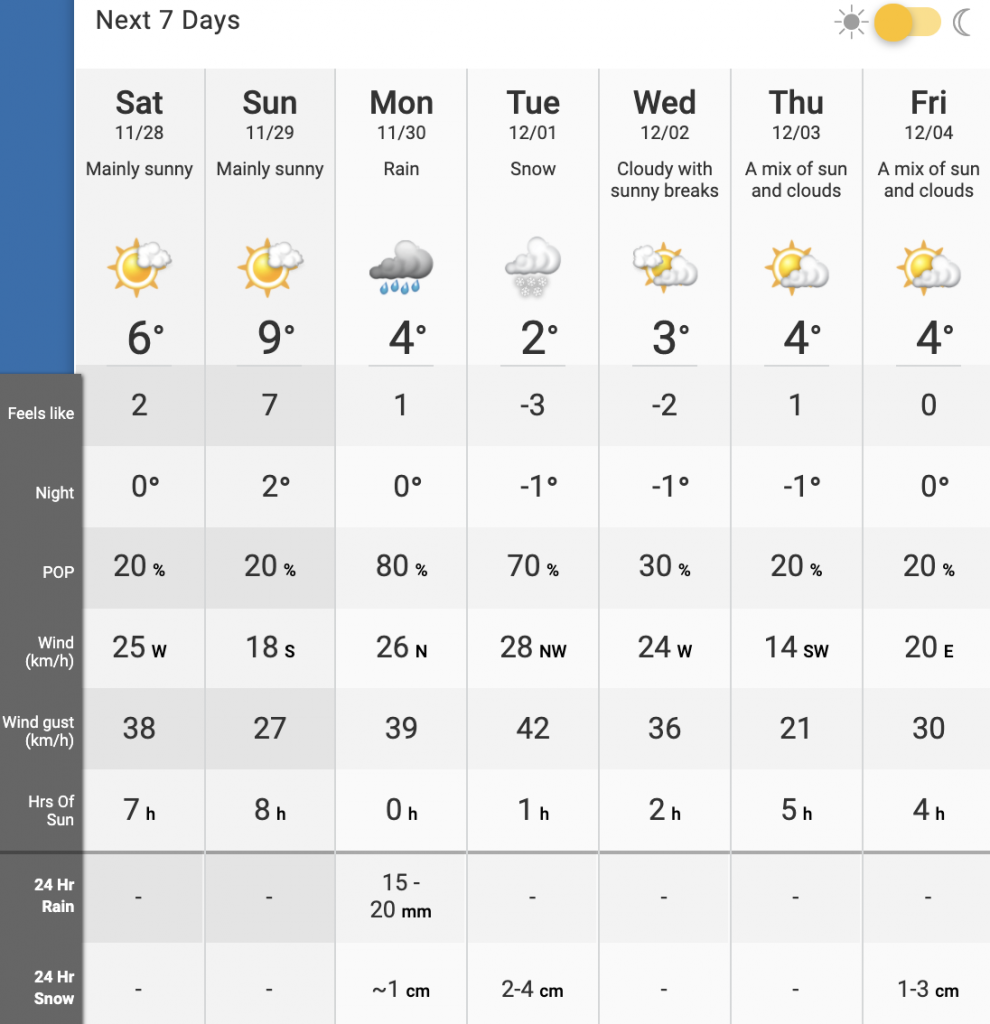 Minor changes in the storms path will have a major impact on where the snow will fall and how much of it will be in the GTA, reports The Weather Network.

“In terms of totals, once again, it appears that we will see a wide range in snow totals across the GTA,” said Gillham. “Many areas north and west of the GTA could see 10 to 20 cm of snow with the potential for parts of the region to reach 20 to 30 cm.”

As December approaches, a transition into more “consistent” and “typical” early winter weather is likely to be on the horizon.

And for the last weekend of November, expect mild temperatures, and lots of sun.